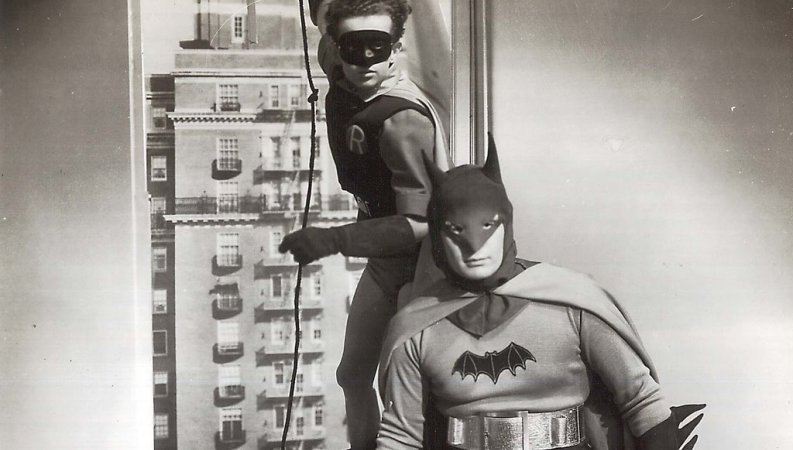 Think Ant-Man was strange? Check out the weirdest superhero movies of all time!

Marvel’s latest movie, Ant-Man, is possibly their weirdest yet, with a superhero that can shrink down to the size of an ant staging a daring heist.

In the grand scheme of superhero movies, though, Ant-Man is positively normal. Here are some of the weirdest superhero films of all time!

Before Samuel L. Jackson, though, Fury was played by an equally cool cat: David Flippin’ Hasselhoff.

The Hoff donned Fury’s eyepatch in the 1998 made for TV movie Nick Fury: Agent of S.H.I.E.L.D. And unlike Jackson’s Fury, the Hoff didn’t need the Avengers to do his dirty work for him: he takes on H.Y.D.R.A by himself, with just a cigar for company.

Alright, so the film is pretty bad but it’s a good laugh. Plus, it gave writer David S. Goyer his start in superhero films: without him, Christopher Nolan’s legendary Dark Knight trilogy might never have been made!

Before Chris Evans came along with his fancy suit (in fact, before Chris Evans was even born!), Captain America was an all-American hero who rode a motorcycle and dressed like Evel Knievel.

In this version of Captain America, Steve Rogers is an ex-marine turned artist who gains super-strength. He uses this strength to fight muggers and other miscreants, but eventually he has to take on the ultra-evil General Miguel (played by the mighty Christopher Lee).

To be honest, we’re kind of hoping Marvel bring back the rubbish motorcycle helmet for the next Captain American film. We won’t hold our breath though.

Batman: Dead End (AKA Batman vs. Joker vs. Alien vs. Predator)

Yes, you read that correctly: there is actually a film where Batman takes on Aliens and Predator!

It’s not an official film, of course. Instead, it’s a short film made by Sandy Collora (who also designed the logo for Jurassic Park) designed to show off his directing skills. You can enjoy all 8 minutes in the video above.

Dead End caused a massive stir when it was released in 2003, with fans praising the faithful depiction of Batman (it’s worth remembering that the last screen Batman at this point was George Clooney and his bat nipples). Kevin Smith even called it ‘the truest, best Batman movie ever made’.

Sadly, Collora didn’t get the call to direct the next Batman film; he was overlooked in favour of some chap called Christopher Nolan.

Good luck finding this one! This black and white ‘serial’ was released at the height of World War 2, with an ‘episode’ released each week at the local cinema. It was eventually released as a entire film running over 4 hours long.

The film follows Batman, who is a secret government agent, as he takes on a Japanese scientist who has invented a device that turns people in zombies.

With an incredibly low budget, a slightly overweight Batman with a Boston accent and some horrific racism towards Japanese people, the 1943 Batman isn’t considered a classic part of the Batman canon. It’s not all bad, though: the success of a re-release in 1965 inspired the legendary TV series with Adam West!

Back in the 70s, superhero TV shows were all the rage. CBS launched a number of series and made-for-TV movies, including The Incredible Hulk, The Amazing Spider-Man, the aforementioned Captain America and, weirdest of all, this pilot/movie for Dr. Strange.

Dr. Strange is one of Marvel’s lesser-known characters (although a version starring Benedict Cumberbatch is coming out next year), a neurosurgeon-turned-wizard who protects the Earth from mystical threats. Unfortunately, the Dr. Strange movie decides to focus on the former, with Strange spending most of his time looking after patients before spending the last 20 minutes defeating demons with magic. It’s basically Diagnosis Murder with a few spells.

Equally odd is the fact that pretty much every woman in the film – including the main baddie – fancies Dr. Strange. It must be that 70s ‘tache…

Supergirl was Hollywood’s attempt to involve more females in the popular Superman franchise, although it comes off a bit patronising. It’s also very, very silly: Supergirl is Superman’s cousin, who comes to Earth to retrieve a mysterious orb but ends up fighting a wicked witch too.

Still, it’s good fun and Helen Slater is actually pretty good as Supergirl. Who knows what could have been if they’d made another?

The Wild World of Batwoman

Despite what the title suggests, The Wild World of Batwoman actually has nothing to do with Batman. Instead, it’s a thinly-veiled rip-off designed to cash in on the popularity of the Batman TV series, although it’s ended up gaining a reputation of its own.

The film follows Batwoman as she battles Rat Fink, a villain who has stolen a device that can eavesdrop on everyone. Predictably, it’s absolutely terrible – it’s #40 on IMDB’s Bottom 100 – but it’s also unintentionally hilarious.

As you might expect, director Jerry Warren faced a copyright battle over the Batwoman name. He actually won the case, but still decided to rename the film She Was A Hippy Vampire after the popularity of Batman died down.

What’s your favourite weird superhero film? Let us know in the comments.

Got any superhero films you don’t watch anymore? Sell DVDs with us today: just click below to get an instant price!

← Should you go and watch Jurassic World?
6 of the best films (n)ever made →