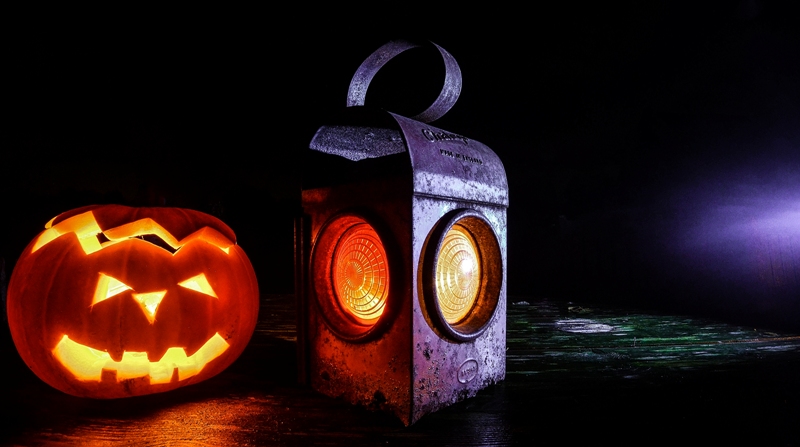 Halloween is nearly here, and many of you are probably planning to celebrate it by watching a marathon of horror films.

If you’re anything like us, though, you’ve probably seen the classics a million times. So, here are a few cult classics instead. Enjoy, if you dare…

Remember how Matthew McConaughey used to be rubbish before he started doing serious films?

Well, it turns out that isn’t true… unless the McConnaisance actually started before he started doing rubbish films.

In Frailty, McConaughey plays a young man whose family were visited by an angel. So far, so lovely. Unfortunately, this angel told them to start killing demons wandering the earth as normal people. Are they crazy, or are they genuinely on a mission from God?

Directed by Bill Paxton (yep, that one), Frailty was criminally overlooked when it was first released but has developed a cult following since.

Forget Dawn of the Dead; this is the scariest zombie film of all time.

[REC] is a Spanish found footage flick that follows a reporter on a routine ride-along with some firemen. The crew are called out to a small apartment to investigate an incident, which turns out to a horde of ravenous zombies. Soon enough, the crew are trapped inside the tiny apartment block with only brainmunchers for company.

[REC] is so intense and terrifying that at least one member of the Magpie office had to sleep with the light on after watching it in the cinema (*cough*itwasme*cough*).

Here’s another horrifying film from sunny Spain. Maybe taking siestas mean you have more nightmares to take inspiration from.

Anyway, The Orphanage sees a mother, Laura, moving to the orphanage where she was raised with her son, Simon. Simon immediately makes new friends, which sounds great. Unfortunately, they’re all imaginary, which is never, ever a good sign in a horror film.

Laura eventually reopens the orphanage and soon after, Simon disappears. Laura asks a team of parapsychologists to help her figure out what’s going on, and the results are every bit as spooky as you’d expect.

You have to feel for the characters in horror films sometimes. Take the poor couple from Splinter, for example. Having your car jacked by an unscrupulous sort and his junkie girlfriend would be bad enough, but encountering an unstoppable parasite that turns everyone into murderers straight afterwards? That’s one hell of a bad day.

The two couples eventually take shelter in a gas station, where said spiky parasite starts wreaking all kind of havoc in pursuit of their blood. With a low budget, Splinter is a good old fashioned creature flick that doesn’t rely on big set pieces to make you scream.

An asbestos cleaning crew (who, let’s face it, already have a pretty thankless job), are sent to an abandoned mental hospital, which sounds like a completely normal and non-terrifying place to work and definitely not the set up for an hour and a half of relentless horror.

After a bit of non-eventual cleaning, the gang eventually discover a box of old tapes and decide it’s a good idea to listen to them, because that’s definitely not going to lead to anything horrific happening.

Eventually, the crew start going a bit bananas and…well, we won’t spoil it for you. Just take our word that it’s a brilliant psychological horror for those who prefer their scares with a side-helping of brains.

High Tension is a European horror in the spirit of The Texas Chainsaw Massacre, although the family gets butchered rather than being the butchers. If that sentence made you feel a bit uneasy, you’ll want to skip this one…

Still here? Good, because High Tension is one of the best horror movies of the past 20 years. It follows Alexia and her friend Marie as they visit Alexia’s vacation home, only for Alexia’s entire family to get brutally murdered. Alexia gets kidnapped in the melee, which means Marie is left to find her friend while trying to avoid getting her head cut off.

Martyrs is insanely disturbing, incredibly gory and the kind of film you’ll probably only want to watch once. So why not watch it on Halloween?

Martyrs follows a young woman, Lucie, who was kidnapped and abused as a child as she goes on a revenge mission with a childhood friend who was also abused, Anna. It’s basically a ridiculously bleak Thelma and Louise mixed with Old Boy.

It’s not quite as triumphant as either, though, as the girls descend into madness, depravity and some horrendous gore. You’ll want to turn away, but you won’t be able to. Like we said, it’s not light hearted, but it’s one of the few horror films of recent years with the ability to shock.

Excision is a horror comedy, although the comedy is pitch black.

The film follows a high school student who dreams of a career in medicine. Unfortunately, she also happens to have dreams about killing people in horrendous ways and wakes up rather…erm, excited by it all.

As you can imagine, her dreams eventually become reality and more spilled than a clumsy porter at a blood bank. It’s a coming of age tale, but not as we know it.

And if your movie collection is getting scarily big, sell DVDs with us! Just click below to get started.

← What are your top 5 Bond movies?
Which movie dystopian future is most likely to happen? →