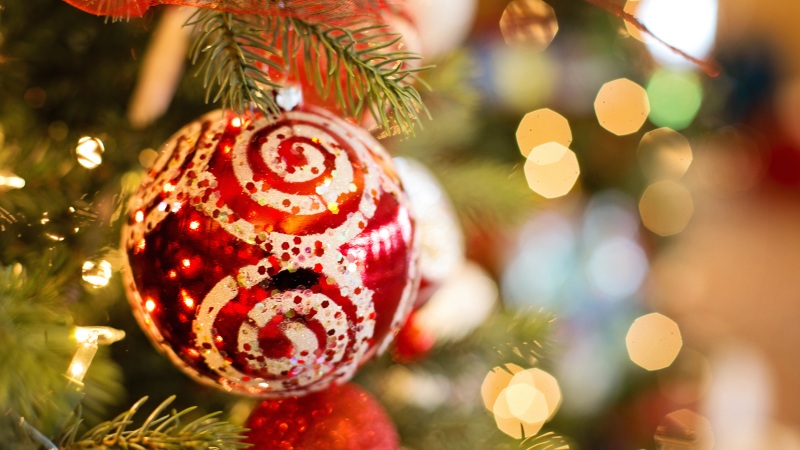 Did you wake up this morning, look at the calendar and suddenly burst into a cold sweat about how close Christmas is? Seriously, it seemed like it was AGES away last week and suddenly its right around the corner.

And while you’re worrying about presents, there’s another monumental problem lurking: clutter. The onslaught of new presents and family at Christmas can cause problems even if your home is normally the pinnacle of minimalism, leaving you short on space and short on temper!

Luckily, we’re here to help you prepare. Here are some top decluttering tips to help you get ready for Christmas and make sure you’re too blessed to get stressed (mostly).

Here are a few tips everyone should keep in mind, whatever or however much they’re decluttering.

The thing that puts most people off decluttering is the time involved. Who wants to tidy up when you could be doing something fun, like seeing how many pigs in blankets you can eat in one sitting?

Time doesn’t have to be an obstacle, though. Rather than trying to declutter all in one go, try decluttering for half an hour every other day. Little and often is the way forward.

Aimless tidying up gets you nowhere, so draw up a list of goals before you even think of picking up anything.

Your goals should ideally be small and achievable, so you can work your way up to a clutter-free home. ‘More space for the relatives in the dining room’ and ‘Selling a shelf of DVDs’ are realistic examples, whereas ‘make the whole house look like an IKEA showroom’ isn’t.

One room at a time

This kind of links in with goals, but don’t wander around aimlessly picking up stuff. Pick a room and declutter away!

The earlier you start, the easier it’ll be

Like, right after you’ve finished reading this. Or maybe even while you’re reading it.

Stick on a few Christmas songs or a movie in the background while you declutter; anything that’ll make tidying up a bit less tedious.

With the general tips out of the way, let’s start tackling CDs!

Sell anything you don’t listen to any more

Fairly obvious, this one. If you aren’t listening to it, a CD is nothing more than an ornament that someone might pick up and be impressed with someday. Maybe.

So therefore, it’s best just to sell whatever you don’t listen to anymore. Not only will you make a bit of cash, but you’ll make some much-needed space ahead of Christmas too!

Everyone’s music tastes change over time, which means you probably have quite a few CDs you’d rather your friends didn’t know about. We’re looking at you, collection of super-serious emo albums from the mid-2000s. And don’t think you’re safe either, Fast Food Rockers!

Lose rubbish Christmas presents from the past

The ghost of Christmas past looms large in many CD collections. These are the albums your well-meaning aunt bought you after you told how into music you were. Unfortunately, she took that knowledge and decided to buy you Super Pop Dance Ultra Fun Disco 2001. Reflect on Christmases past – and get rid!

Your CD collection is done and dusted. Now it’s time to move onto the DVDs!

Sell anything you don’t watch anymore

Like CDs, the quickest win when decluttering DVDs is to sell anything you don’t watch anymore. Again, this can be anything you haven’t watched over the last year or, if you’re feeling extra strict, the past six months.

The chances are you’ll find some stone cold classics falling into this category, so allow yourself a ‘save list’ of around 5 DVDs. Everything else must go.

Have you ever looked at your DVD collection and wondered ‘where on earth has that copy of Showgirls come from?’

Sell anything you can’t remember buying

These are the movies you bought in a fit of buying fury during a sale and promptly never watched. Some of them might even still be in the wrapper. You know what to do.

You know the drill by now. Anything that’s sitting there doing nothing has got to go.

Most people don’t complete games once, let alone pick them up again after completing once to play them again.

With so many games to play, there’s not enough time to play through the same game more than once. Sell it and treat yourself to something new!

*completed means different things to different people. You’ll know when you’re done with a game, though.

Anticipate your gifts (or cheat and find out what they are)

If you’re big into gaming, you’re probably going to get at least one game this year. Try and figure out what it is, and what games it could potentially replace in your affections.

Or, if you don’t mind risking the wrath of Father Christmas’s naughty list, sneak a look under the tree and find out exactly what you’re getting. Don’t expect anything more than a big pile of coal and shattered dreams next year, though.

The big ‘new console’ clear out

The PS4 and Xbox One have been reduced to a price that makes them viable Christmas presents for more people, so there’s a greater chance of you getting one this year.

There are a few telltale signs that you’re getting a new console: a sudden interest from your loved ones in your gaming tastes, being discouraged whenever you mention buying a new console and so on.

If you think you’re getting a new console, start making plans to sell your old console and games. Remember: the sooner you sell, the more you’re likely to make!

Put your best detective hat on and start pressing your relatives for information. If you discover you’re getting a new phone, for example, get an instant price for your old device now: we guarantee the price of your device for 28 days, so lock in the value as soon as you can!

Again, you can always cheat and peek under the wrapping paper but again, coal and Santa’s naughty list and all that.

Dig through your drawers

When a phone is replaced, it usually ends up in a drawer somewhere. Perhaps you have a dedicated old stuff drawer, perhaps you don’t. Either way, there’s gold in them drawers (or money, at least). Have a good rifle through, dig out some electronics and find out how much you could make using our val engine!

Good luck with your Christmas decluttering efforts! If you’ve got any tips, share them with us in the comments. Don’t forget to give our Facebook and Twitter pages a like and follow for more Christmas tips and fun in the lead up to the big day too.

← 12 Essential Christmas Saving Tips
Make fast cash with the musicMagpie app – see how easy it is in this video! →