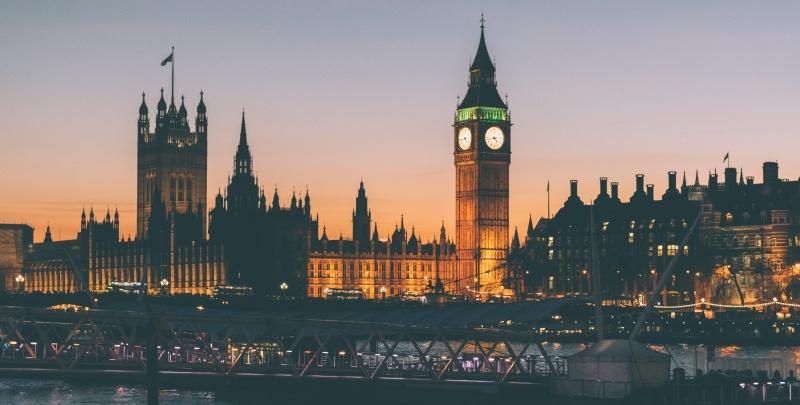 Dear movies: please leave London alone for a while

Say what you like about London – and we’re sure many of you will – but the capital gets a hard time at the movies. Specifically, it gets destroyed in a lot of films.

Thanks to the sheer number of iconic landmarks and the fact that New York has been destroyed a million times before, London has become the location of choice for filmmakers looking to wreak havoc on a major city.

London Has Fallen, which is out today, is the latest flick in which London gets a pasting. We think our fair capital has earned a break, to be honest…but before it rests, here are some of the most famous examples of our lovely capital getting the blockbuster destruction treatment.

But seriously guys, please stop destroying the London Eye. It brings in a lot of money.

Harry Potter and the Half-Blood Prince

The Millennium Bridge had its fair share of problems when it was first unveiled, so we can’t imagine too many people were upset to see Lord Voldemort’s Death Eaters swallow it up in a cloud of black smoke. They don’t really bother destroying much else. If anything, tourists that day got quite a cool visual show.

In what is possibly the biggest movie assault on London ever, a chap pretending to be the President launches a sub-orbital attack on the capital and pretty much destroys it all. Big Ben, the Gherkin, the London Eye – it’s all gone.

You’d think such an event would be a pivotal moment in the film but it never actually gets mentioned again and no-one really seems that bothered. Charming!

Some bloke called the Silver Surfer (who looks like one of those blokes who paints themselves like a statue and stays still all day) decides to show everyone how hard he is by destroying London. He creates a big hole in the Thames, which gradually starts sucking in the water like a big plughole.

He also has a pop at the London Eye (or a super CGI’d version, at least), but our heroes swoop in to save the day. The result is a giant gaping hole that will probably be converted into some kind of hipster bar/tourist attraction within a year.

No explosions, this time; instead, London is invaded by zombies. A bloke named Shaun tries to survive with the most British plan ever: going to the pub and hoping it’ll all blow over.

Unlike most of the other films in this post, Shaun shows us what post-apocalyptic London is like beyond the river. Shaun lives in Crouch End, while the electronics shop he works at is based in North Finchley (and is actually an electronics shop in real life).

The Winchester wouldn’t actually be Shaun’s local, though; it’s based in New Cross, which is south of the river. It was an actual pub called the Duke of Albany, although it sadly closed in 2008 (it’s now a block of flats).

This post provides a nice overview of the locations in Shaun of the Dead, if you fancy having your own zombie shamble around suburban London.

The destruction of London in 28 Days Later is actually quite beautiful, with most of the capital completely empty and peaceful. It’s a commuter’s dream.

Unfortunately, a horde of angry zombies are hiding beneath that calm veneer. But hey, enjoy the quiet while it lasts!

To film the opening scenes of 28 Days Later, Danny Boyle asked police to close off numerous routes at 4am.

The World is Not Enough

London emerges from this one relatively unscathed but there is a big explosion at the MI6 building and Bond hares down the Thames on a boat. On the way, he takes in sights like Tower Bridge and the Millennium Dome. It’s like the most terrifying Thames tour ever.

It’s amazing that James Bond is a national hero considering how many times he’s invited destruction on the capital.

This time, blonde weirdo Raoul Julia decides to blow up MI6 because he’s angry with M. He also blows up a bit of the Underground, but luckily the line he chooses is empty.

While most of the buildings in A Clockwork Orange are still standing, the social order has pretty much been destroyed. Gangs of youths roam the streets, listening to Ludwig Van Beethoven and kicking seven bells out of anyone who gets in their way.

If you fancy visiting some of the locations from A Clockwork Orange, take a trip to Thamesmead in South London. You’ll have to venture to Wandsworth if you want to see the underpass where the droogs beat up that poor homeless fella, though.

A group of dragons decide to make London their home. Sadly, they don’t like sharing and humanity is forced to go into hiding.

Most of London doesn’t survive the new dragon occupancy because human architecture and the whole fire breathing thing don’t mix too well. It’s a good job Christian Bale, Matthew McConaughey and official saviour of London Gerard Butler are on hand to save the day.

Quite a lot of episodes of Doctor Who

London’s always taking a battering on Doctor Who, especially from the Daleks. The sentient salt and pepper pots have a real thing about the capital, which is weird considering they could choose literally anywhere in the whole galaxy to conquer.

Our personal favourite ‘Daleks in London’ moment is from the movie Invasion Earth 2150 AD, which features our favourite alien pals rolling across Westminster Bridge like an adorable group of tourists. Aww!

You know the drill here: aliens have invaded and have picked out London for a light show. Like most alien forces, they choose Big Ben as their target. We bet they don’t even know that it’s only the bell that’s called Big Ben, not the tower. Flipping alien tourists.

What is your favourite London movie moment? Let us know in the comments!

You can find many of the movies in this post on the brand new musicMagpie Store. Prices start from just £1.19!