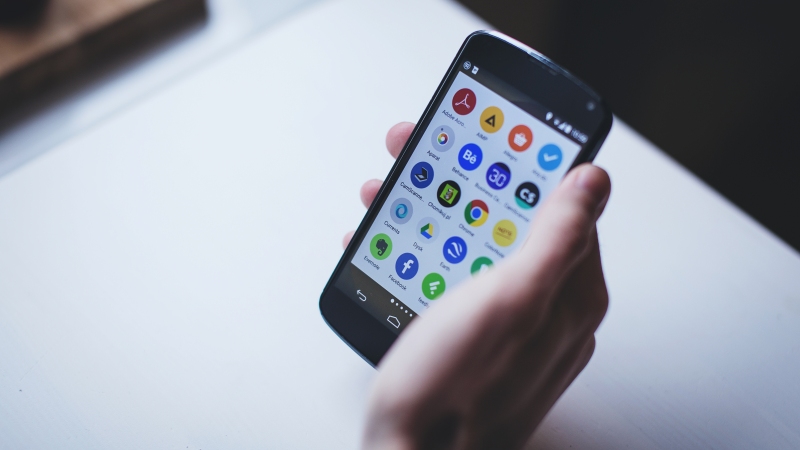 Are you giving your phone enough TLC?

You spend more time with your phone than your parents, your loved ones and your friends. It’s in your pocket all the time, reassuringly buzzing away every time you get a like, tweet or snap.

Despite spending so much time with our phones, some of us don’t look after them quite as much as we should. In fact, we could all do with giving our phones a little more TLC.

We don’t mean taking it to bed and giving it a cuddle – you probably do that already – but little things that can improve your phone’s battery life and performance, as well as reducing the risk of your beloved lump of metal meeting an early end.

Yep, one of the nicest things you can do for your phone is turn it off completely.

Apple experts recommend turning off your phone at least once a week to improve performance and preserve battery life. Apparently, leaving your device on all the time causes stress and other issues, a bit like a person who hasn’t slept for a week.

Buy it a case

It’s easy to forget that £600 chunk of magic in your pocket is fragile until you drop it and the screen smashes into a million pieces.

The cosmic law governing smartphones dictates that you will drop it at some point, whether through clumsiness, bad luck or having one too many Strawberry Daiquiris. Putting a case on your phone gives it a better chance of survival – and it looks prettier too.

Don’t take it into the shower

We don’t mean literally taking it into that shower because that’s obviously a stupid idea, but rather having it in the same room as the shower. The steam produced from a hot shower can turn to water, which can seep into your device and drown it from the inside.

Unfortunately, that means you’ll have to do without music or whatever you use your phone for near the shower (please, we don’t want to know). But you’ll survive. You could even buy a shower radio like you live in the 90s!

Look, we know it’s tempting. iOS is oppressive and rigid and you want to download apps that let you play Game Boy games on your iPhone, but jailbreaking is a huge risk unless you know exactly what you’re doing.

First off, you can kiss goodbye to your warranty. It’s void as soon as you jailbreak your device. The Apple Geniuses won’t be able to help you any more, even if you beg and buy them doughnuts.

Secondly, you’re at risk from all sorts of nasty stuff, like dodgy apps loaded with malware. That puts your phone and your data at risk, with some potentially devastating consequences.

Finally, you can seriously mess up your iPhone if you don’t know what you’re doing. Jailbreaking is suitable for serious techies only, so resist the urge to tinker.

Don’t charge it from flat

Most phones are good for about 300 – 500 charge cycles before their maximum capacity starts to diminish. If you charge your phone from flat every single day, that gives you about a year before your battery life shrinks.

Experts recommend keeping your battery floating in between 40-80% to preserve its overall life. That means charging little and often instead of all-night charge fests.

However, experts also recommend charging from flat at least once a month to recalibrate the battery because science or something.

Don’t just use any charger

Just because it fits, doesn’t mean it’s right. Stick with the charger provided with your phone or buy one from a trustworthy third party manufacturer, and avoid dodgy knock-offs unless you want to see your phone go up in a ball of flames.

It’s a pain in the bum but software and app updates exist for a reason. They improve performance and resolve potentially dangerous security problems (like Android’s Stagefright). We’re sure you you can live without your phone for a few minutes.

Remember that stuff we said about dropping your phone being an inevitability? Well, this will help too. It’ll also prevent scratches and dirty fingermarks.

Don’t give it to children or animals

We know it keeps them quiet but have you ever seen a kid? They always have something gross on their hands or dribbling out of their mouths, and they have a real knack for knocking receptacles full of sticky liquids over expensive objects.

And while we’re sure those apps for cats and dogs are great fun, you don’t need us to tell you that claws and screens don’t mix.

If you’re upgrading your phone or just want to make some cash, sell mobile phones with musicMagpie! We’ll give you an instant price, FREE delivery and fast same day payment; just click below to get started.

← Say hello to the iPhone SE
6 older (and cheaper!) smartphones that are still amazing →