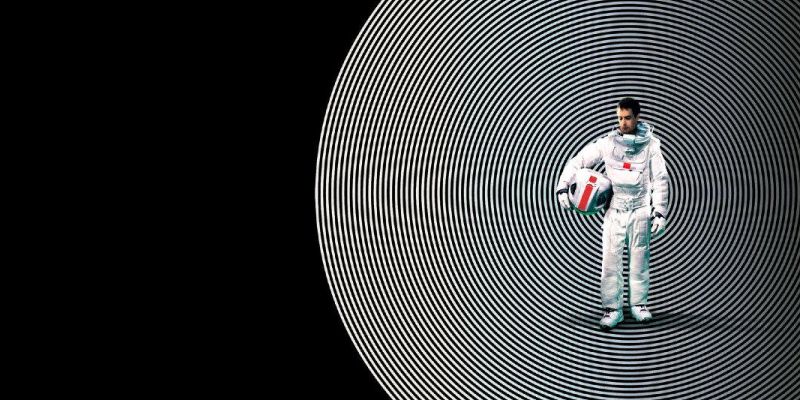 Just hearing the words ‘sci fi’ send some people running for the hills; all those spaceships, all those aliens, all those weird languages that only the most hardcore of fans understand. Urgh.

Of course, those are just cliches. Sci-fi is a hugely diverse genre with something for just about everyone. Even the films about space usually cover themes that anyone can relate to.

With that in mind, here are 10 sci-fi movies that more or less anyone can enjoy – even those of us without a degree in theoretical physics.

At first glance, The Terminator series seems like the worst place for a sci-fi hater to start thanks to its ultra-confusing time travel storyline.

Strip away all that stuff though and you’re left with the heart-warming story of a boy, his mother and his robot best mate trying to escape from the clutches of a liquid metal maniac. You also have some of the best action set pieces ever committed to film, including one awesome sequence in which Arnie wields a shotgun with one hand while riding a motorcycle. You don’t get that in Star Trek.

To be honest, even the most sci-fi’y bits of Terminator 2 aren’t that hard to grasp and, without them, we would never get to see a toddler-like Arnie learning how to swear – and that would be a true loss for humanity.

Ex Machina sees a young engineer travel to the home of his hero, a Zuckerberg-esque Silicon Valley computer genius millionaire, to take part in an experiment: testing the humanity of a robot with life-like artificial intelligence.

We’ll admit that the concept sounds off-putting if you’re not into sci-fi, but AI is no longer science fiction. Earlier this year, Google’s Deepmind AI defeated the world champion at the game Go, while Stephen Hawking and Elon Musk have both voiced their concerns about AI and its potential for destruction. Gulp!

Guardians of the Galaxy takes the concept of sci-fi faves like Firefly and Farscape – a ragtag crew of alien misfits travelling through space and getting into lots of trouble – and does away with all the confusing mythology and jargon that puts a lot of people off, replacing it with one-liners, huge action sequences and a wisecracking raccoon.

Unlike a lot of sci-fi, Guardians of the Galaxy doesn’t take itself too seriously which makes it enjoyable for even the most sci-fi adverse.

Buy Guardians of the Galaxy on the musicMagpie Store

Although it has all the hallmarks of a classic sci-fi movie – a spaceship, an alien, technology that looked futuristic back then but looks hilariously outdated now – Alien is actually more of a horror movie.

In fact, it’s pretty much the same as every slasher movie you’ve ever seen, with an Alien (playing the role of Freddy/Jason) stalking a space crew (playing the role of dumb teenagers) and picking them off one by one. The difference, of course, is that Alien is incredibly well made and absolutely terrifying.

Buy Alien on the musicMagpie Store

Like Alien, The Thing is more of a horror than a sci-fi, despite having a very ‘sci-fi’ concept – a shape-shifting alien tearing through a crew of researchers in an Antarctic base.

It’s one of the best horror movies of all time, with some truly stomach-churning visual effects and some horrifically tense scenes; the ‘bench’ sequence will leave you paranoid for weeks!

Buy The Thing on the musicMagpie Store

Directed by Duncan Jones, the son of David Bowie,Moon is a stylish thriller following a lone astronaut on a Moon space station. Of course, things aren’t as they seem.

Although it does get quite complex and ‘difficult’ towards the end, Moon is compelling enough to keep even sci-fi skeptics engaged. Probably…

Buy Moon on the musicMagpie Store

It’s the future and, as is usually the case in sci-fi, it’s complete rubbish. Humanity is completely infertile, causing society to collapse across the globe – except for good old Blighty, which is ruled by an oppressive government who hate immigrants.

It’s against this backdrop that Clive Owen has to fight to protect a pregnant immigrant, who is humanity’s last chance of surviving beyond the current generation.

Buy Children of Men on the musicMagpie Store

If you liked the cool coats and karate from The Matrix but couldn’t get on board with all that confusing alternative reality nonsense, Equilibrium is the film for you.

Christian Bale plays an enforcement agent in a society where emotions are banned. One day, Christian Bale decides not to take his emotion-suppressing pills and ends up leading an uprising against the totalitarian regime using an awesome mix of kung-fu and pistols.

Buy Equilibrium on the musicMagpie Store

Whether sci-fi is your thing or not, there are 1000s of DVDs to choose from on the musicMagpie Store.

← Can you guess the names of these celebrity birds?
The 10 best British actors today (according to critics!) →