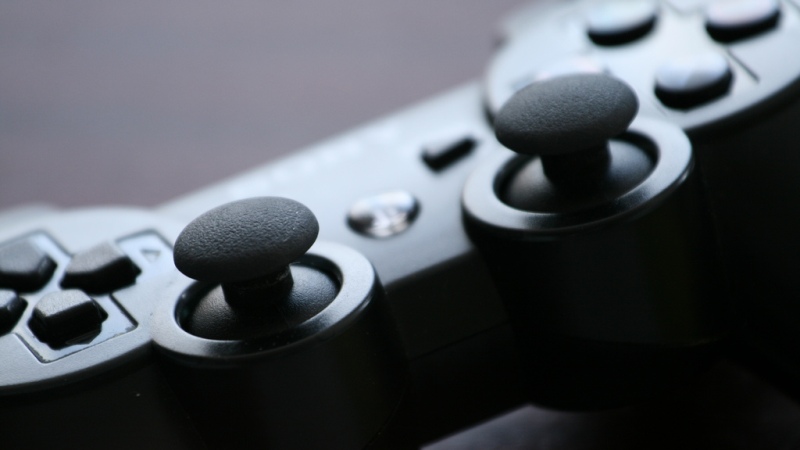 10 PlayStation 3 games everyone should play

As it approaches its 10th birthday, the PS3’s days are numbered. Its arch-nemesis, the Xbox 360, was recently discontinued, and it won’t be getting the latest version of Call of Duty either. The end is nigh.

Consoles never really die though. People still play the Super Nintendo, and that’s nearly 26 years old. Great games keep people playing long after a console leaves the shelves, and the PS3 has loads of them.

Here are 10 of our favourite PS3 games from the past decade.

The next time someone says video games can’t tell stories as well as movies, show them The Last of Us.

Set 20 years after a pandemic turns most of humanity into angry cannibals, TLOU is an emotional and gripping story of survival as Joel, the player’s character, tries to escort a young girl across the States without becoming someone’s lunch.

Thanks to clever design, excellent voice acting and an amazing script, TLOU is every bit as engaging and memorable as a film.  We won’t say too much, but you may get misty-eyed at least once before the end credits roll.

The Last of Us was also a welcome kick up the bum for the survival horror genre, which peaked around 1997 and then gradually faded away. The struggle to stay alive, punctuated by blissful moments of shooting and beating the living daylights out of the baddies who’ve been giving you so much grief, makes this as challenging as it is engaging.

Imagine watching Raiders of the Lost Ark, except you get to be Indiana Jones. Oh, and this Indiana Jones has loads of guns and is even more death-defying.

That’s pretty much what Uncharted 2 is like. It’s an action movie with you in control, helping Jones-a-like Nathan Drake discover hidden treasure in Shangri-La.

Along the way, you get to partake in some frankly ridiculous action set-pieces that’ll make you feel like the coolest person in the world, even though you’re sitting at home holding a piece of plastic and pressing buttons.

In short, this is the cheapest, safest and most legal way to become an international treasure hunter.

If Uncharted 2 is Raiders of the Lost Ark, then Uncharted 3 is The Temple of Doom; not quite as good, but still hugely entertaining.

This time, Drake is searching for the Atlantis of the Sands and, true to form, rival treasure hunters and other miscreants are in his way. Cue hours of insane action that would make a stuntman wince and breathtaking plot twists.

It’s more of the same, really. In this case, that’s a good thing.

No matter how advanced video games become, platformers will never die. Jumping from one block to another, with the threat of falling into a gaping chasm of doom looming large, never gets old.

LittleBigPlanet, which follows a little chap called SackBoy as he explores a world where all of humanity’s imagination is stored, is a great platformer; simple enough to pick up, quite difficult to master but always fun.

The best bit of LittleBigPlanet is the customisation. You can play with pretty much everything, from changing SackBoy’s appearance to building your own levels from scratch, which makes the game feel uniquely yours.

Metal Gear Solid 4: Guns of the Patriots is every bit as barmy as previous games in the series. It has the same crazed plot that goes off the rails completely about half way through, the same weird jokes and the same feature-length cut scenes.

It’s a Metal Gear Solid game, basically, and you’ll probably love it even if you don’t fully understand it.

Unlike some of the games in this post, God of War III doesn’t strive for narrative greatness. The plot boils down to this: you’re a Greek demigod who beats seven bells out of anyone in his way, including fellow Gods.

You don’t need a great plot when you’ve got great combat though. God of War III makes you feel like an all-powerful warrior and a master gamer at the same time, stringing together combos like a Street Fighter veteran and finishing them off with some extremely cool and extremely brutal finishing moves.

God of War III looks amazing too, with locations and enemies inspired by Greek mythology. About those enemies: they’re flipping huge, which makes taking them down feel all the more epic – a bit like a more violent Shadow of the Colossus. It’ll go down in history as one of the great PlayStation 3 games.

Video games can be every bit as artsy as movies, as Journey demonstrates.

Instead of tearing your way through legions of helpless minions with a machine gun, Journey gives you one task: get to a mountain in the distance.

It’s not as simple as walking in a straight line for hours on end though. Along the way, you’ll encounter numerous challenges and difficulties, some of which can be solved with your magical scarf (told you it was different).

Like The Last of Us, Journey is a lot more emotionally engaging than your average game and might even cause something to get stuck in your eye. Again.

If you’re the kind of masochist who enjoys Dark Souls, you’ll love Demon’s Souls. It’s the precursor to that series and, in some ways, it’s even tougher.

The core of the game will be familiar to any Souls veterans, with the same rewarding combat system and same insane difficulty level. The structure is slightly different though, with players fighting through levels rather than an open world, although you can tackle these levels in whichever order you want.

Like Dark Souls, Demon’s Souls doesn’t give you any direction when you first start out. In fact, it gives you even less help than the games it spawned. If you’re used to Souls, you’ll probably be okay. Anyone else… well, prepare to die a lot. You’ll feel extremely satisfied when you finally overcome a super tough boss though.

Heavy Rain is one of the most ambitious games of the PS3 era, putting you in the shoes of 4 characters investigating the Origami Killer, a serial murderer who drowns people during periods of heavy rain. Thank goodness he doesn’t operate in this country…

In a sense, Heavy Rain is more of an interactive movie than a proper videogame. A lot of the action focuses on talking and looking around, while big action set pieces rely on quick time events (where you have to press a certain button really quickly).

The story is so engrossing that you won’t really care though. The choices you make over the course of Heavy Rain have serious implications on the rest of the story; sometimes even main characters can die as a result of your actions.

All in all, it’s a memorable, tense and thrilling experience that represented another huge leap forward for storytelling in video games. If you haven’t played it yet, stick it on your to-do list – otherwise, you’ll miss out on one of the most popular PS3 games!

Ratchet & Clank: A Crack in Time

Perhaps the PS3’s finest double act, Ratchet and Clank are a weird feline thing/robot duo who regularly save the galaxy from a chap called Dr Nefarious, who was frankly destined for a career in evil villainy with a name like that.

In A Crack in Time, Clank is kidnapped by some of Nefarious’ minions and it’s up to Ratchet to save him, before foiling Nefarious’ latest plan and telling him to pack it in.

With inventive levels, great characters and loads of goodies to collect, Ratchet and Clank: A Crack in Time is everything a good modern platformer should be.

If you’re ready to experience the best games the PS3 has to offer, check out the musicMagpie Store; you’ll find pretty much every game in this post at amazing prices, plus you’ll get FREE delivery with every order! It’s one of the best places to buy cheap games online, if we do say so ourselves. Click below to start shopping.