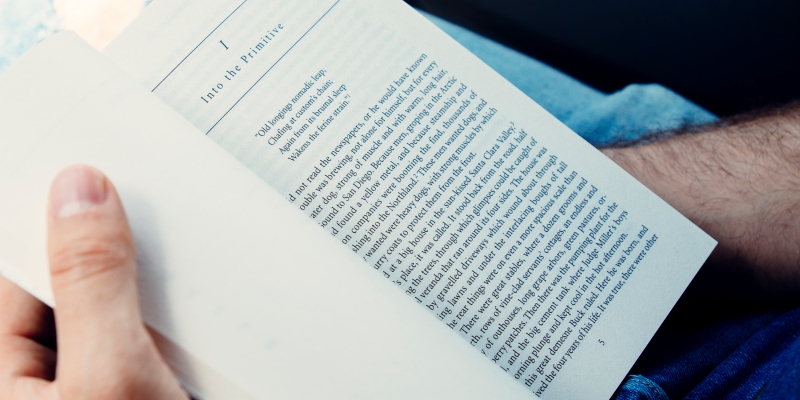 How many of these notoriously difficult books have you finished?

People like books for many reasons. Some like to relax after a hard day’s work. Others like to read saucy material on the bus home without getting arrested.

This post is dedicated to those who like to challenge themselves, however. In this post, we’ve collected some of the most difficult books ever; the literary slogs that make reaching the final page feel like conquering Everest.

How many of them have you read?

Nothing I can write will do justice to the mind-boggling prose of Finnegan’s Wake, so here’s a snippet instead:

Sir Tristram, violer d’amores, fr’over the short sea, had passen-core rearrived from North Armorica on this side the scraggy isthmus of Europe Minor to wielderfight his penisolate war: nor had topsawyer’s rocks by the stream Oconee exaggerated themselse to Laurens County’s gorgios while they went doublin their mumper all the time:

Now imagine 600 pages of that. Joyce’s strange melodic prose apparently draws from over 65 languages and is used to tell the tale of…well, no-one really seems to know for sure.

In fact, some think Finnegan’s Wake may be a joke, with Joyce writing a load of nonsense and having a good old laugh when critics lined up to praise it. Even Joyce’s own brother called it “the work of a psychopath or a huge literary fraud”.

Given it took 17 years to write, however, it’s more likely that Joyce was simply enjoying making up new words and packing his prose with more wordplay than the average human mind can comprehend, the clever so-and-so.

Set at the end of World War 2, Gravity’s Rainbow follows over 400 characters as they investigate a secretive device named Schwargerat, which is due to be installed in a rocket.

That is a huge oversimplification though, because Gravity’s Rainbow is actually about a million different things, from quantum mechanics to metaphysics to global extinction to just about everything else under the sun.

Gravity’s Rainbow is widely considered one of the greatest novels ever written but it’s a toughie for those of us used to simpler prose and books with manageable levels of plotlines and characters. First time readers of Pynchon might want to check out this handy collection of tips.

There are websites dedicated just to finishing the novel, and people who’ve reached the end have been deemed worthy enough for interviews.

It’s a beast physically too, to the extent that hardcore Jesters suggest tearing the 2.2 inch thick book in half for easier on-the-go reading.

Is it worth it? It’s hard to say. Countless people say the book changed their lives, while others wonder what the fuss is about. The only way to find out is try it yourself – you can always sell it if you don’t manage to make it past the first 100 pages…

Saying Ulysses is slightly easier to digest than Finnegan’s Wake is a bit like saying joining MENSA is easier than becoming a rocket scientist; they’re both ridiculously difficult.

Spanning 800 pages, Ulysees follows a day in the life of three Dubliners. So far, so simple. But remember, this is Joyce: as such, everything is written in a stream of consciousness, the narrative jumps all over the shop and there’s a metric boatload of obscure references too.

Still, The Modern Library named it the best English Language novel since 1900 so it must be worth a read, right? Alternatively, check out the BBC’s cheat guide and impress your mates with your sick Joyce knowledge without your brain melting.

Ah, Moby Dick: the tale of one mad sea captain’s frenzied quest to kill the whale that took his leg at any cost.

That’s only half the story, though. The rest of Herman Melville’s classic novel is dedicated to excruciatingly detailed accounts of whaling, whale anatomy and whale oil.

Imagine if Harry Potter was interspersed with chapters about children’s magic kits and the materials used to make magic wands and you get the picture.

Unless you’re really interested in marine biology or Victorian economics, this is a seriously tough read.

Cormac McCarthy is one of America’s finest novelists, and one of its most popular too: both No Country for Old Men and The Road has been adapted into major Hollywood movies (with the former taking home Best Picture at the Oscars).

There is one McCarthy book that Hollywood simply can’t seem to crack though: Blood Meridian. This long, dense and difficult novel follows a group of outlaws who ride around collecting human scalps, led by a huge bald bloke called The Judge.

McCarthy uses the graphic violence that follows to explore morality, mortality and the evil that men do – all in his signature ‘no punctuation apart from commas and full stops’ style. It’s a great book but it’s heavy.

AKA the book you refer to when something is really, really long.

War and Peace isn’t actually the longest novel ever, but it’s up there with a hefty 1,440 pages of meditations on…erm, war and peace during Russia’s conflict with notorious pint-sized warmongerer Napoleon.

No-one can deny its classic status but if you’re time-strapped, it might be easier to watch the TV adaptation instead…

Are you struggling to make it through these literary beasts? Or do you just need more space on your bookshelves? Then sell books with musicMagpie!

It’s easy: get an instant price using our website or FREE app, send them for FREE and we’ll pay you the same day your books (and anything else you’re selling) arrives. Click below to start selling!

← 6 reasons to switch to eBooks
Movies better than their books →