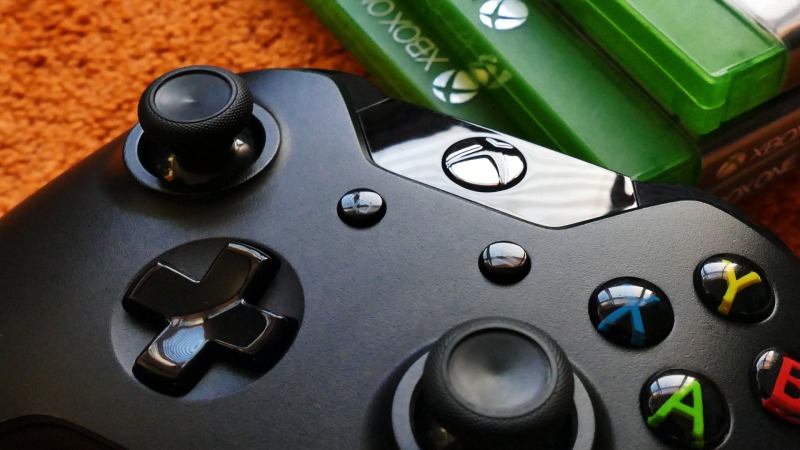 It’s been a stellar year for video games, with loads of brilliant titles coming out across all platforms.

But which were the best of the best? Here are our favourite games of 2016!

Remember when you couldn’t go anywhere without seeing someone flicking their finger on their phone, desperately trying to catch a Pikachu?

Pokémon Go was a genuine cultural phenomenon, uniting young and old in a sort-of-epic quest to find small monsters in industrial estates, dodgy parks and other people’s back gardens.

The novelty wore off for most people when it became clear that there wasn’t actually that much to the game beyond throwing fake balls at fake Pokémon, but no other game captured the imagination this year quite like Pokémon Go.

At the start of the year, FPS’ were staler than the contents of a bread bin with no lid. Then along came Overwatch.

With its colourful cast of characters, focus on teamwork and surprisingly friendly community, Overwatch is a welcome change of pace from grizzled marines and children calling you every name under the sun after you’ve killed them.

Most importantly, though, Overwatch is amazingly fun. If you haven’t played it yet, what are you waiting for?

All good things come to an end, and so it came to pass for Dark Souls… but not before it gave us one last kicking.

Dark Souls III is every bit as tough as its legendary big brothers, but with an even more immersive game world and a combat system that makes other games feel bad in comparison.

It wouldn’t be Dark Souls without dying constantly either. Luckily, death in Dark Souls is a learning experience, another step towards that sweet, sweet moment when you finally slay that boss you’ve been obsessing over for days.

You’ll laugh, you’ll cry and you’ll definitely die – but you’ll love every last minute of it.

How wrong we were. Titanfall 2 is fantastic, with its powerful, immersive campaign at the centre of it all.

Telling the surprisingly touching tale of a man and his intelligent killing robot’s battle against an evil corporation, Titanfall 2 has drawn more than a few comparisons to Half-Life – yep, it really is that good. The gameplay itself is amazing too, a fluid and frantic experience that’ll make you feel like you’re in an action movie.

Sadly, Titanfall 2 didn’t sell that well due to an overcrowded release schedule. Do yourself a favour and play it today.

A few years ago, the chances of The Last Guardian ever coming out stood somewhere between England winning the World Cup again and Bigfoot having a scrap with the Loch Ness Monster.

And yet, here we are. Better late than never, eh?

It was well worth the wait too. The spiritual sequel to Ico and Shadow of the Colossus puts you in the shoes of a boy who has just awoken in a castle alongside a lovable dog-bird hybrid named Trico (who also eats people). Your mission is to escape with the help of your new pal.

Like Ico and Shadow of the Colossus, The Last Guardian is mysterious, touching and wonderful. You’ll struggle to find anything else like it.

One of life’s great disappointments is realising that ‘what Indiana Jones does’ isn’t a valid career choice. Even if you become an archaeologist, the chances of you fighting baddies and running away from boulders are pretty slim.

Fortunately, Uncharted is here to help us live out all our Indy daydreams. Nathan Drake’s final adventure is a rip-roaring ride through some incredible locations and set pieces, like living out Raiders of the Lost Ark without the chance of getting your face melted by an ancient artefact.

It’s a little unfair to get too hung up on Indiana Jones though, because Uncharted’s story is brilliant in its own right. We’ve little doubt that kids will grow up wanting to be Nathan Drake… although they’ll probably be disappointed too.

Either way, gaming doesn’t get much more epic or fun than this!

As someone who is clumsy in real life, it’s no surprise that I’m terrible at stealth games too. I’m always tripping off alarms, stepping out in front of guards or generally making enough racket to alert every single being with ears within a two mile radius.

That’s why I love Dishonored 2. While it’s perfectly possible to play through the game without a single soul seeing you, you can also charge through killing everything in sight. It’s entirely up to you (although it does affect the ending and the state of the city!).

Story-wise, Dishonored 2 sees master ninja/killing machine Corvo Attano exiled to a new land along with new Empress Emily Kaldwin. Together, they fight guards and clockwork soldiers across a series of innovative and exciting missions.

From super-powered ninja assassin to…erm, bloke who works in a forest making sure there aren’t any fires.

Fortunately, you don’t just look at trees in Firewatch. After a fairly normal day of work, Henry, the lead character, is forced to investigate some unusual happenings in the woods.

His only company is a woman named Delilah, who he talks to through a walkie-talkie. The relationship between the two is the key element of Firewatch, and the development of both characters is what makes the game so engaging.

It probably isn’t for everyone, but its well worth a shot if you fancy something a little different.

Alright, so FIFA still tonked PES in sales and it boasts better game modes too (shout out to The Journey, which was ace).

But on the pitch, Pro Evo is so well paced and balanced that it feels like real football. Pulling off a slick passing move feels ultra rewarding, and goals feel earned. Everything just feels right.

PES 2017 is easily one of the best football games ever made. Your move, FIFA.

It took Playdead five years to produce a sequel to their mega-hit LIMBO, but it was well worth the wait.

Like LIMBO, Inside is a monochrome platform-puzzler set in a dark, twisted world. This time, though, other people are your enemies. There’s a strong Orwell vibe to proceedings; imagine 1984 directed by Tim Burton and you aren’t far off.

Your goal is to navigate your character through a strange factory where a series of strange experiments are taking place, navigating various deathtraps and enemies along the way. As with LIMBO, dying is a crucial part of figuring out puzzles.

Inside is short but very, very sweet. If you’ve got a few hours to burn, give it a try.

What was your favourite game this year? Let us know in the comments!

And if you haven’t played the games in this post yet, sell video games and get some cash to buy them! It’s simple: just get an instant price, send your stuff for FREE and we’ll pay you the same day it arrives.

← Which video game has the most sequels?
What are the scariest video games ever? →