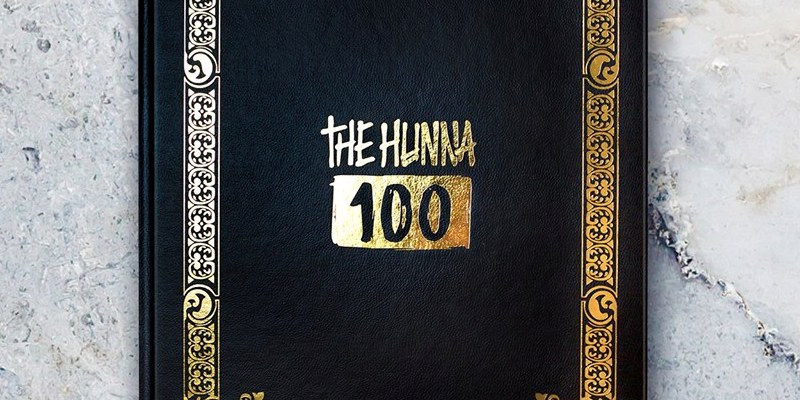 I first came across The Hunna in May last year, when the band played to a modest crowd in the Manchester Cathedral as part of the city’s annual Dot to Dot Festival. But boy, have they grown since then.

In little over a year, the Hertfordshire lads have rocked the stages of both Reading and Leeds Festivals, released their debut album 100, and amassed a new and varied following for their self-described “turn-up” sound. The sixteen-track album made it to #13 on the Official UK Album Chart and was equally successful over in the ‘States, featuring on the U.S. Alternative Songs chart.

Following the album’s release, the band are celebrating their success with fans on a pit-stop tour of the UK. Playing only eleven dates across a little less than a fortnight, I was really lucky to catch them at Manchester’s Ritz last Sunday. Without doubt, the gig had more of a party-vibe than when I saw them last, as lead singer Ryan Potter encouraged the crowd that “anything goes” when you’re “young, and getting down to some good music” in celebration of their 2016 success.

So as the ‘pits’ broke out and fans climbed atop friend’s shoulders, their 15-song set of high-powered and high energy songs had the famous Ritz ballroom floor ‘bouncing’.

Their break-through single You and Me kicked the night off, starting the party the crowd had come for. Alternating indie-styled pop verses with a catchy chorus, the song captures exactly what The Hunna are all about – positivity.

It was seamlessly followed by a few new tracks from 100, such as Never Enough and Piece By Piece, all of which kept up the electricity and high-energy. Still Got Blood came next; a song described by Billboard as a “lighters-in-the-air number that relates to the guys’ struggle to balance their personal relationships with the demands of being in a band”. It’s high up among the standout tracks from 100, and is one of The Hunna’s earliest singles, loved by old fans and new.

For only the second night of the tour, the whole set was surprisingly smooth and well practiced. This is great to see from a band known for their erratic and dynamic stage presence.

Sycamore Tree calmed the crowd a little, as they stilled to sing each and every word of its reposeful yet high-spirited lyrics. The song fits beautifully into the 100 album, and really shows off Potter’s vocals against some softer instrumental. A high point from the night, for me, was getting to hear She’s Casual live again. Without doubt it is one of the Hunna’s best, combining heartbroken lyricism with an infectious chorus.

“This is to all the people who tried to tell you that you can’t do something,” Potter then cheered, before We Could Be followed, and the energy was pumped back up to 110% for the rest of the night. It was exciting to see that newer tracks, among the older favourites like Bonfire, were getting just as much love from the crowd. I’m predicting big things for Ryan, Dan, Jack and Jermaine, as the 100 has clearly lived up to the hopes of their fans.

For a band still in the early stages of their careers, they have already defined their own unique brand of pop, influenced by everything from hip-hop to rock. To fans of Clean Cut Kid, Catfish and the Bottlemen or Sundara Karma, I would recommend The Hunna without hesitation. You can buy their debut album 100 online now, from the musicMagpie Store!

Buy 100 by The Hunna from the musicMagpie Store now!