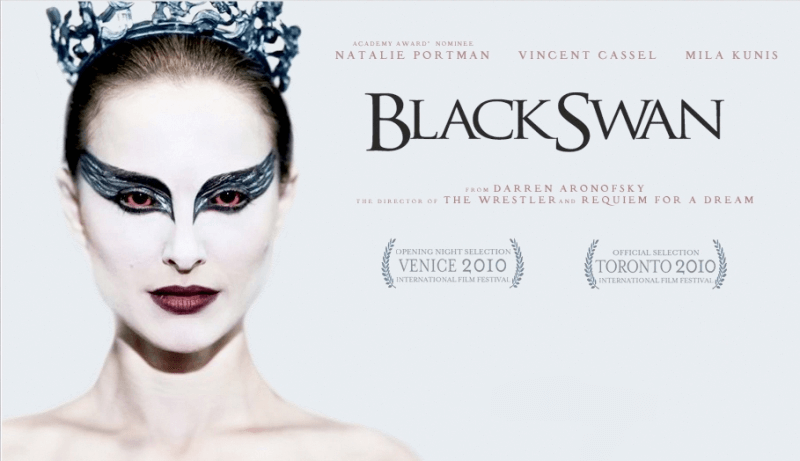 With mother! in cinemas soon, here’s an introduction to its director: Darren Aronofsky!

Another blog, another tie-in to an upcoming release by a filmmaker we at MusicMagpie aim to introduce you to.

This week sees the release of Darren Aronofsky’s latest feature Mother (or mother! – had to use the alternate spelling at the risk of Microsoft Word getting upset with the spelling).

Normally, I would be counting down the top five countdown of his features but, like Edgar Wright before him, he has so few features that a list just won’t do. So, like that previous filmmaker, here is an overview of Darren Aronofsky and what makes him the auteur he is.

Born in Brooklyn on 12th February 1969, Aronofsky’s interest in show business came from the many times his parents took him to see countless Broadway shows. After training to become a field biologist and travelling around the world in the mid-eighties, Aronofsky enrolled at Harvard in 1987, majoring in social anthropology and studying film.

His breakthrough feature came with Pi (1998), a psychological thriller about a number theorist and his growing paranoia. Made for sixty thousand dollars, the film made five times its budget and became the first feature film available to download from the internet.

Two years later, Aronofsky struck gold again with an adaptation of Hubert Selby Jr’s novel Requiem for a Dream (with Selby himself helping to co-write the screenplay), a harrowing portrayal of drug addiction featuring Jared Leto, Jennifer Connelly, Marlon Wayans and Ellen Burstyn, who received an Oscar nomination for her work.

However, Aronofsky lost a bit of favour with his sci-fi love story The Fountain (starring Hugh Jackman and his then-partner Rachel Weisz), which divided critics and audiences upon its release in 2005, some finding it a marvel and others hokey and unfocused. Since its release, the film has achieved cult status.

Three years later, Aronofsky took home the Golden Lion and gave major awards season traction to star Mickey Rourke in 2008’s The Wrestler, a film that, shall we say, is pretty much an anti-Rocky.

Two years later, Aronofsky directed Black Swan, a psychological horror film featuring Natalie Portman as a ballerina struggling with her ballet career, sexual orientation and overbearing mother (Barbara Hershey), as well as a supporting cast made up of Mila Kunis, Vincent Cassell and Winona Ryder. The film scored an Oscar win for Portman and earned Aronofsky his first nomination in the Best Director category and is still ranked highly among the best films of the 2010s.

Following on from that, Aronofsky brought his environmentalism to the front with biblical epic Noah (2014), a telling of the story we all know so well featuring Russell Crowe, Jennifer Connelly, Emma Watson, Ray Winstone, Anthony Hopkins, Logan Lerman and the voices of Frank Langella and Nick Nolte. The film was well received, but not without controversy (in fact, most of Aronofsky’s filmography isn’t, but we’ll cross that bridge when we get to it).

Among Aronofsky’s other, non-directing credits are writing and producing mystery horror film Below (2002) and producing David O. Russell’s The Fighter (2010, a film he was attached to direct at one point) and Pablo Larrain’s Jacqueline Kennedy Onassis biopic Jackie (2016).

The film that inspired this overview, Mother, is another psychological horror story, this time about a married couple dealing with a group of uninvited visitors. The cast includes Jennifer Lawrence (Aronofsky’s new partner), Javier Bardem, Domhnall and Brian Gleeson, Ed Harris, Michelle Pfieffer and  Kristen Wiig. It is due out this week, so we’ll tell you more when some of us see it (be warned, the storytelling won’t be for everyone).

Among Aronofsky’s influences are Akira Kurosawa, Federico Felini, Jim Jarmusch, Spike Lee, Terry Gilliam, Roman Polanski (he even signed a petition for him to be pardoned in the States), David Cronenberg and Shinya Tsukamoto. In fact in his debut feature Pi (1998), similarities can be drawn to Tsukamoto’s The Iron Man, Tetsuo, including the monochrome cinematography, use of surreal and violent imagery and at times frenetic editing. Some of these aspects were even carried over into Requiem for a Dream, thereby simulating the harrowing portrayal of drug addiction Hubert Selby Jr conjured up in his original novel.

Another filmmaker that Aronofsky seems to emulate is Italian horror maestro Dario Argento. Why? Well, if you look closely at it, as well as borrowing from the Tchaikovsky ballet Swan Lake, Black Swan can be seen as a virtual remake of Argento’s Suspiria, a ballet student going insane and after the forces that work against her. In addition to also relying on Cronenberg’s use of body horror, this comes across as the perfect balance of pulp and sophistication.

Mother meanwhile looks to be, from the trailer, Aronofsky’s homage to Polanski, with the descent into madness elements from the likes of Rosemary’s Baby, Repulsion and even features like Frantic. It also adds to my case that the Hollywood Reporter’s review called the film a modern Rosemary’s Baby.

A recurring theme that has cropped up in Aronofsky’s most recent works is that of environmentalism. One example is of course his most recent film prior to Mother, Noah. We all know the story of  Noah, right? God plans on flooding the world, so he finds an old man to build a giant wooden boat, put in two of every animal and then sail around aimlessly until they hit dry land and a new beginning.

Unlike the biblical epics of Hollywood’s ‘Golden Age’, Noah suggests that Aronofsky is using the bible as a means of symbolism and metaphor and is interpreting the story of Noah as a fable about climate change. Looks like Robin Williams was right during his stand-up routine in 2002, the bible could just be translatable and metaphorical (as Aronofsky has shown here). Apparently Mother harbours a few of Aronofsky’s concerns surrounding the environment, but not willing to risk reading a spoiler-ific review, I will find out when I see it.

One key aspect of Aronofsky’s style is his love of graphic novels and comic books, in particular the works of Alan Moore and Frank Miller, the latter of whom features quite extensively. In terms of his films, this can be seen in Pi, which Aronofsky himself admitted was largely influenced by Miller’s Sin City, and you can see why with the monochrome cinematography imitating the artwork (Aronofsky himself stated that he did not want the film to “end up looking like Clerks”) and the use of a repetitive voiceover, mimicking the captions. The main character’s relationship with a younger child also bares parallels with John Hartingtan’s bond with Nancy in the yarn (the name the stories in the Sin City series go by) That Yellow Bastard.

Outside of the influence graphic novels and comic books have had on his features, Aronofsky has twice been associated with the comic book movie genre. One example was his involvement in the then long-in-the-works adaptation of Alan Moore’s Watchmen, in between Terry Gilliam’s departure and Zack Snyder’s eventual finished product, a graphic novel he claims to have been influential on his writing (even subconsciously stealing lines). Although he didn’t go into detail in what he would have done, besides directing a script by X-Men scribe David Hayter that would have updated the setting to a 21st Century war between the States and the Middle East.

Aronofsky also came close to directing The Wolverine, which he aimed to be similar to this year’s Logan (violent and gory), but dropped out due to his divorce from then wife Brandi-Ann Milbradt. And speaking of Zack Snyder, Aronofsky almost directed 2013’s Man of Steel (again, not much details into what he would have done), however, like with the finished product we got, this author is not sure whether his vision would have been enough to distract from Christopher Nolan and David S. Goyer’s well-intentioned but ultimately flawed script.

But while we’re on the subject of DC Comics, one of the most notable times Aronofsky came close to directing a comic book movie was a planned adaptation of Frank Miller’s Batman Year One. From a script co-written by Aronofsky and Miller himself, his proposed adaptation of Year One was pitched as Death Wish meets The French Connection and, even though Aronofsky amusingly stated he would shoot the film in Tokyo, would be shot in inner cities across the United States (no stages or sets of any kind), to give a gritty, no holds barred feel. He even alluded to taking influence from crime films and neo-noirs of the seventies, comparing the characters of Batman and James Gordon to Taxi Driver’s Travis Bickle and Frank Serpico (the subject of the 1973 biopic Serpico).

Based on the original script, the film would have had some changes from the original source material, such as Bruce Wayne being stripped of his wealth (until the very end), Alfred becoming an African-American mechanic, an opening scene of Gordon contemplating suicide on the toilet, an upgraded Lincoln Continental as the Batmobile and a Bickle-style voiceover narration for Wayne. In terms of casting, eventual rebooted Batman Christian Bale was approached for the role and Aronofsky even jokingly suggested that he would cast Clint Eastwood in the role of the Caped Crusader.

Sadly, this was not to be, seeing how at the time (like the Animation Age Ghetto is to television animation not aimed at adults today) comic book movies were seen as kid’s stuff and Warner Bros feared a reprisal of what happened when Batman Returns was released, as well as the fact the film deviated a little too much from the graphic novel. If you can find the script, I suggest you give it a read and reflect on what might have been if Aronofsky had gone ahead and made the movie.

Finally, as mentioned up in the segment on his career, a key part of any Aronofsky feature is some form of controversy, intentional or otherwise. The first example is Requiem for a Dream, which created a stir with the MPAA due to a graphic sex scene and the dreaded NC-17 was bestowed upon it despite an appeal by Aronofsky (there’s a rant here somewhere regarding the MPAA’s practices, but that’s for another blog post).

The Wrestler caused controversy in Iran due to the featuring of an antagonist known as ‘The Ayatollah’ and a scene where Rourke broke a pole bearing the Iranian flag in half. Result, the film was banned in said country (you thought you had it tough Argo? Think again).

Black Swan had the media crying foul with accusations that Natalie Portman’s dance double, Sarah Lane, had more screen time than the lead actress herself. This was later refuted by distributor Fox Searchlight and Aronofsky himself, who stated most of the dancing in the film was Portman’s and Lane was only used for the more complicated numbers.

And of course, we can’t talk controversy in Aronofsky pictures without mentioning Noah. The film itself was banned across numerous countries in the Arab world (the UAE, Qatar and Indonesia) and was a victim of the accusations of ‘whitewashing’, with writer Ari Handel claiming the story is a myth and race wasn’t a big issue at the time of conception.

And chances are Mother will continue that trend of controversy due to its presentation and throwing off casual moviegoers expecting your usual, generic horror movie (there’s more to horror than just over-the-top gore, by-the-numbers storylines and cheap jump scares, and yet we still have this conversation).

Thank you for reading and keep on watching.

Love film? Check out the huge range of DVDs and Blu-Rays on the musicMagpie Store today! Prices start from just £1.19 and you’ll get FREE delivery with your order too. Why wouldn’t you?