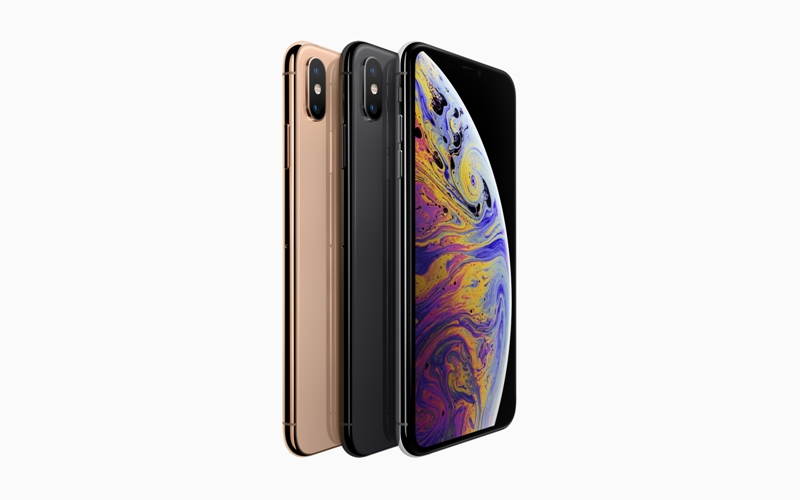 The iPhone Xs, iPhone Xs Max and iPhone Xr: here’s everything you need to know!

Apple have launched not one but three new iPhones at a glitzy special event in Cupertino.

The iPhone Xs, pronounced ‘Ten Ess’, is essentially a souped-version of last year’s X. It shares the same design, including the 5.8 Super Retina edge-to-edge screen, and many of the same features.

There are some major improvements internally, however. Apple claim the A12 Bionic chip is the smartest, most powerful chip in a smartphone, with a ‘next generation Neural Engine’ helping to deliver better augmented reality experience and up to 50% faster graphics performance.

Face ID is now faster and the dual 12MP camera system has received some improvements that keen photographers will love; iPhone Xs photos include more highlight and shadow detail, less noise in low light shots and Depth Control that allows you to increase or reduce background blur to your preference.

The Xs is more durable than previous iPhone models too, with a new level of water resistance allowing you to submerge the device in up to 2m of water for up to 30 minutes – we wouldn’t recommend doing that, but it’s nice to know in case your phone takes the dreaded toilet plunge!

More excitingly, Apple claim that Xs (and the other phones in the range) have the most durable glass ever in a smartphone. Time will tell whether the Xs can survive major drops unscathed but it’s reassuring to know your iPhone is less likely to shatter after an impromptu meeting with the ground. Again, we wouldn’t recommend testing this feature at home…

Unsurprisingly, the iPhone Xs is pretty good looking too. Not much has changed from last year’s X design but a new gold colourway is guaranteed to get heads turning. You’ll also get more storage than ever, with a 512GB option available if you have the cash to spare.

iPhone Xs pre-orders open this Friday, with the first devices shipping out on the 21st September. Prices start from £999 for the 64GB model and run up to £1,349 for the 512GB model.

First off, the name: it sounds like a throwback to when every company was trying to jump on the extreme sports bandwagon. No-one is really sure why Apple went with the ‘Max’ moniker rather than the standard ‘Plus’ but we guess you can do whatever you want when you’re the world’s first trillion dollar company.

Slightly dodgy name aside, the Max is arguably the most impressive iPhone ever released. It has all of the features of the iPhone Xs but with a whopping 6.5” Super Retina OLED screen. That’s the biggest iPhone screen ever and is even larger than the notoriously large Samsung Galaxy Note 9.

Impressively, Apple have housed this gigantic screen in a device the same size as the 5.5” iPhone 8 Plus. If you’re used to using a Plus device, the Xs Max should feel pretty natural.

The final device in this year’s iPhone line-up is the most intriguing of them all. On the face of it, the iPhone Xr (pronounced ‘Ten Arr’) looks identical to the iPhone Xs. There is one crucial difference, however; it’s much cheaper.

Prices start at ‘just’ £749, which is still expensive by smartphone standards but very reasonable for a brand new iPhone in 2018.  If you want a device with the X design but find the idea of paying a grand for a new iPhone offputting, this is the iPhone for you.

Surprisingly, the Xr features very few compromises. The main one is the 6.1” screen (yep, the Xr is bigger than the Xs despite the lower price), which is LCD rather than OLED. Apple claim it’s the most advanced LCD around, with an innovative backlight design allowing the screen to stretch from edge-to-edge (there is a noticeable bezel compared to the Xs, however).

The Xr also lacks 3D Touch, although this is a fairly minor omission given that Apple seem to have de-emphasised that feature in recent years. The dual-lens camera is also replaced by a single lens, although many of Apple’s camera software improvements remain.

Apart from that, though, the Xr is top of the line; it has the same A12 Bionic chip, advanced Face ID and the durable glass as the Xs. It even comes in more colour options than the Xs, with six new finishes available: coral, red, blue, silver, grey and black.

The only real downside to buying the iPhone Xr is the wait. Pre-orders don’t start until 19th October, with the first devices shipping a week later on the 26th.

Planning to upgrade? Do it the smart way with musicMagpie, winner of What Mobile’s Best Recycling Service two years running! Lock in the best price for your Phone today, send it for FREE and we’ll pay you the day it arrives so you’re ready to upgrade.

View all post by Chris Smith.
← How has the iPhone changed the world?
Which 2018 phones have the biggest battery? (So far!) →