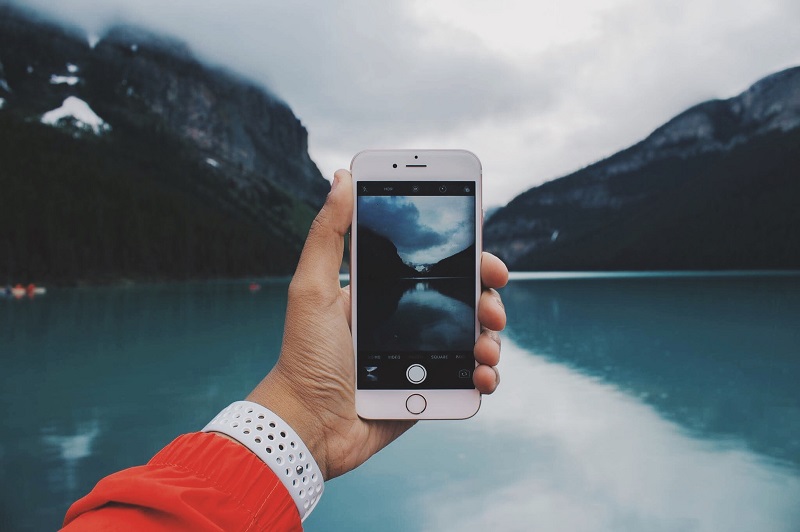 Why are refurbished phones good for the environment?

Mobile phones are an essential part of our daily lives, helping us to stay connected, entertained and organised. They’re so important that most of us upgrade ours every two years (27.7 months, to be exact), which is far more often than any other gadget or appliance we may own.

The upgrade cycle is so normal now that most of us don’t question it… but we should, as there’s compelling evidence that it’s having a dramatic impact on our planet.

How do mobile phones affect the environment?

On a day-to-day basis, mobile phones aren’t that bad for the environment. In fact, they’re among the most energy-efficient gadgets around; charging a phone uses around 2 to 6 watts of energy, with estimates suggesting it costs the average person less than a dollar (around 80p) per year to charge their phone.

Climate scientists have raised some concerns around the environmental impact of the data centres used to power the internet, but this is an issue across all internet-connected devices and certainly nothing the average person can do much about (unless you stop using the internet which, let’s face it, isn’t going to happen).

However, mobile phones have two big sustainability problems. The first is the sheer amount of resources and energy it takes to produce a new phone, and the second is how much waste is produced by the now-common upgrade cycle.

Why are new mobile phones bad for the environment?

While mobile phones are pretty energy efficient on a day-to-day basis, building a brand new smartphone uses a lot of resources and produces a lot of CO2 emissions.

It’s estimated that producing a new smartphone accounts for 85% to 95% of its CO2 emissions over its average two year lifecycle, with the vast majority of these emissions caused by the mining of rare materials. Incredibly, buying just one new phone uses as much energy as recharging and operating a smartphone for ten years!

Even major smartphone manufacturers acknowledge that production accounts for most of their emissions; Apple’s latest Environmental Responsibility Report states that 74% of their carbon footprint is caused by the manufacturing process, with just 17% coming from actual device usage.

As well as emitting CO2, producing a new phone requires a lot of precious resources. Gold, silver and platinum are all commonly used, as well as rare Earth metals like Neodymium, terbium and dysprosium. These metals are difficult to mine and non-renewable; when we’ve mined it all, we can’t produce more.

E-waste is the second major problem caused by the smartphone upgrade cycle. In 2019, society produced over 50m tonnes of electronic waste – a figure that is expected to double by 2050.

The chemicals contained in tech products pollute soil, water and air. It’s estimated that electronics account for 70% of toxic landfill, with phones a major contributor. E-waste presents a direct risk to life too, with much of it sent to vast e-waste dumps in Africa or Asia where workers risk life and limb to extract precious metals.

It’s clear that while smartphones are essential, we can’t carry on as normal. So, what’s the solution?

Buying a refurbished phone helps save the planet

The easiest way to reduce the environmental impact of smartphones is to use them for longer. Studies suggest that keeping a mobile phone in use for an extra year cuts its lifetime CO2 impact by a third, while also reducing the demand for precious resources and cutting the emissions associated with buying a new phone.

However, most of us upgrade because a) our phone is slow and its battery life is rubbish or b) we’ve broken it somehow (which is totally normal when you carry something around in your pocket or handbag for two years). Just hanging onto your phone isn’t an option for most people – which is where refurbished phones come in!

In simple terms, a refurbished phone is a pre-owned device that is extensively tested and repaired where necessary to give it a second life.

Switching to refurbished Phones helps reduce the carbon emissions and resource demand associated with building a new phone, while also preventing an old phone from going to landfill. If enough people buy refurbished phones, it could have a major positive impact on the environment!

It also links into a concept called the Circular Economy. In a Circular Economy, the products we buy and use on a regular basis are repaired and re-used rather than replaced. This decreases the amount of emissions we produce while ensuring everyone still has access to the gadgets they want and need.

As part of musicMagpie’s phone recycling service, every phone we sell goes through an extensive refurbishment process carried out by our expert technicians to ensure that it works perfectly. For extra peace of mind, we’ll give you a FREE 12 month warranty too. Oh, and buying a refurbished phone is much cheaper than buying new too. It’s smarter for you, and smarter for the planet!

It’s clear that mobile phones do have an environmental impact on the planet, but the good news is there’s plenty we can do to reduce that impact. Check out our huge range of cheap refurbished phones, including cheap unlocked iPhones, today.

If you’re wondering ‘how do I sell my Phone?’, recycle it with musicMagpie today and help reduce waste – it’s smart for you, smart for the planet!

View all post by Chris Smith.
← The new iPhone SE – everything you need to know
World Environment Day 2020 – do your bit for biodiversity! →