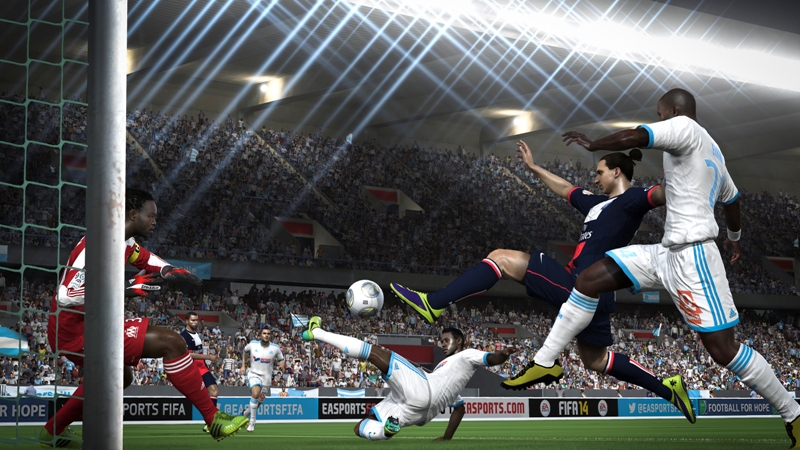 The Top 5 Most Traded Games

There have been a couple of unexpected new entries onto our Most Sold games chart, including one Call of Duty game dropping out and being replaced by another. Why is this? Read on to find out…

The final curtain has fallen on the World Cup and football fans are eagerly trading their copies of FIFA 14 in for a much needed break (and some cash) before next season’s FIFA 15 is released.

The biggest game of last year is holding firm in our chart, with gamers trading it in before the frantic Autumn/Winter release schedule (which is jam-packed with must-have AAA titles).

Ghosts has dropped out of the chart and in its place comes 2010’s Black Ops. Some consider Black Ops to be the peak of the series, but with Advanced Warfare just around the corner, it’s going to be harder and harder to find a multiplayer game online (although there are still a surprising amount of people playing it).

People are still trading in their copies of this modern classic, presumably in time for the remastered PS4 version which is released at the end of this month.

Slowly but surely, Nintendo fans are upgrading to the Wii U. Although you can still play Wii games like New Super Mario Bros. on Nintendo’s newest console, it’s worth selling them to buy one of the many brilliant Wii U games (like Super Smash Bros.) coming out over the next few months.

Have you got any of the games in our list? Trade them in and make some space and cash with musicMagpie.

View all post by Chris Smith.
← 8 Essential Retro Games You Can Play on Your Phone
The Top 10 Traded DVDs →