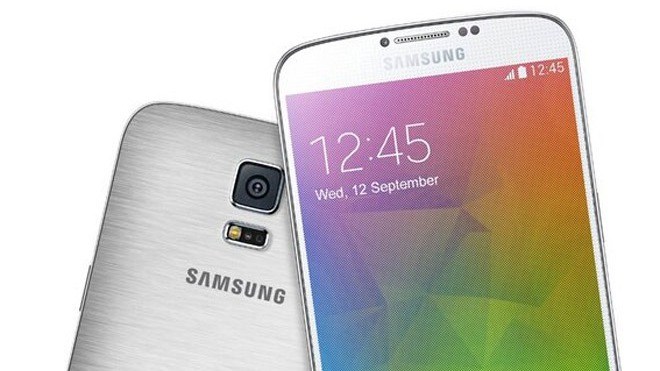 The iPhone 6 hype train is careering down the track at full speed, with new rumours emerging every day. However, we haven’t heard much from Apple’s rivals…until now.

Today (13th August), Samsung have announced that the latest Galaxy model, the Galaxy Alpha, will be released in the UK at the start of September – a couple of weeks before the iPhone 6’s rumoured release date.

You might notice from the picture above that the Alpha looks remarkably like the Samsung Galaxy S5, and that’s because this is more of an upgrade than a completely new model. Plus, if a design isn’t broken, why should you fix it?

There are a couple of key differences, however, the main one being that Samsung have finally introduced metal into the design of their phones. It’s not a lot, admittedly, but the metal lining definitely improves the all-plastic build of the S5.

The screen is slightly smaller too, with a 4.8” screen replacing the 5.1” screen of the Galaxy S5. That might seem like a downgrade, but it’s actually quite a canny move by Samsung as Apple are apparently about to release 2 different-sized models too. The smaller screen should hopefully win over people who didn’t like the S5’s mammoth screen – especially when you consider…

It’s more powerful than ever!

Your phone has a quad-core? Jeez, sorry Grandad! It’s all about octo-cores now, which consist of 8 ridiculously powered cores that make your phone go really, really fast (if anyone can explain why, that’d be great).

But anyway, yeah – it goes really, really fast. Faster than the HTC M8 and even faster than the Galaxy S5. If processing power were alcohol, the Alpha would be stumbling around a British city centre with kebab down its shirt – it’s literally full of the stuff.

So, all in all, the Alpha has a lot going for it: a high-res screen, tons of power and a lovely new improved design. But has it got enough to beat the iPhone 6?

Well, probably not; if you offered most Apple fanboys a choice between immortality and the new iPhone, they’d almost all go for the latter. It will ruffle a few Apple feathers though, as its released a couple of weeks before the iPhone 6, and should interest a few people umm’ing and arr’ing between iOS and Android.

Either way, you’ll still be splashing out a fair bit of cash: the Alpha is rumoured to cost between £400 – £500 (which is around the same rumoured cost as the iPhone 6).

Best get saving then, eh ? Get started and sell some electronics with musicMagpie.

(You can also check out our surprisingly easy guide to saving for the iPhone 6, which can more or less be applied to any smartphone you can imagine).

View all post by Chris Smith.
← The Surprisingly Easy Guide To Saving Up for the iPhone 6
All the latest iPhone 6 rumours in one handy post! →