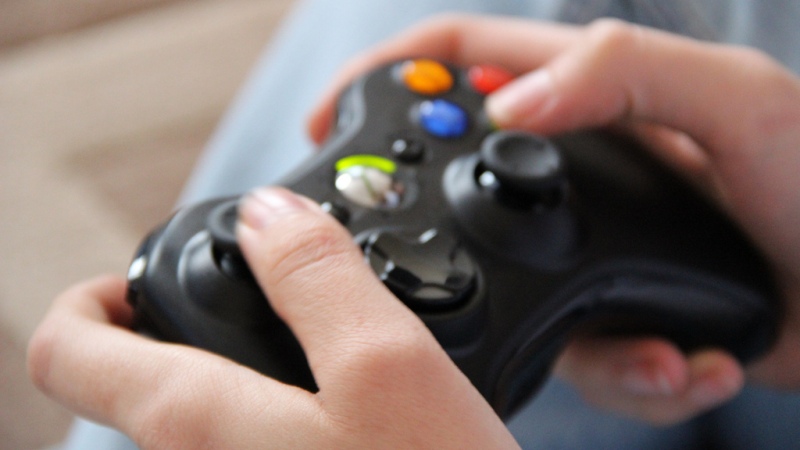 We recently published a list of the 10 of the most frustrating games ever made, titles that induce shouting, screaming and the occasional throwing of objects.

Games are unique in their ability to make people angry. The characters in them are in our control, which makes us feel a bit hopeless and grumpy when we keep leading them to their inevitable deaths/defeats.

But it doesn’t have to be that way! With the top tips in this post, you can transform yourself from a foaming-at-the-mouth rage-quitter to a calm, collected games master in no time at all.

Now, put down the controller and read on (and whatever you do, don’t put FIFA on again for a while…)

Make your own punchbag (in the shape of a character)

Punch bags have been a great source of stress relief for years, but installing one in your front room isn’t exactly viable (unless you’re going for the ‘training gym from Rocky’ look).

So, here’s a novel replacement: make your own punchbag! Buy a beanbag (or even just get a bag of flour), stick a picture of the game’s main antagonist on it and punch away. Not only will you be refreshed for the next game, but you’ll get a bit of physical exercise too!

Stick pictures of puppies around your TV screen

It’s a proven scientific fact that looking at a picture of an innocent puppy vaporises any feelings of anger. So, why not stick a gallery of your favourite puppies around the side of your screen? Every time you feel angry, just avert your eyes slightly and…

Aww, look at them! How could you ever get angry?

Turn down the difficulty

Listen: no-one’s going to find out if you turn down the difficulty to easy. In fact, no-one really cares. Just turn it down and be done with it: you’ll have way more fun.

Let it out (swears and all)

Science has proven that swearing is cathartic and helps relieve feelings of stress and anxiety, so let it rip! Make sure your gran isn’t in ear shot, though.

Learn from your mistakes

Games would be boring if you were amazing at them straight away. All of your failures are supposed to encourage you to learn from your mistakes, to figure out how to conquer that which makes you angry. Throwing a wobbly doesn’t help at all.

Look at yourself from the outside

Imagine walking in on yourself while you’re throwing a tantrum because a fictional goblin just killed your fictional knight. You’d think you were pretty ridiculous, wouldn’t you?

For some reason, breathing deeply makes people feel less angry. We don’t know why, but it works. You’ll feel pretty stupid doing it, but hey, it’s better than running around your living room calling your games console every name under the sun!

Turn down the sound and stick on some tunes

Sound in video games is carefully designed to conjure up certain emotions. If you’re getting annoyed, turn it down and stick on something else; a bit of dinner jazz, for example.

Have you got any calm-down tips to share with your fellow gamers? Let us know in the comments.

If you’re finding it too hard to overcome your frustrations, it may be time to take a break. Sell some of your games with musicMagpie!