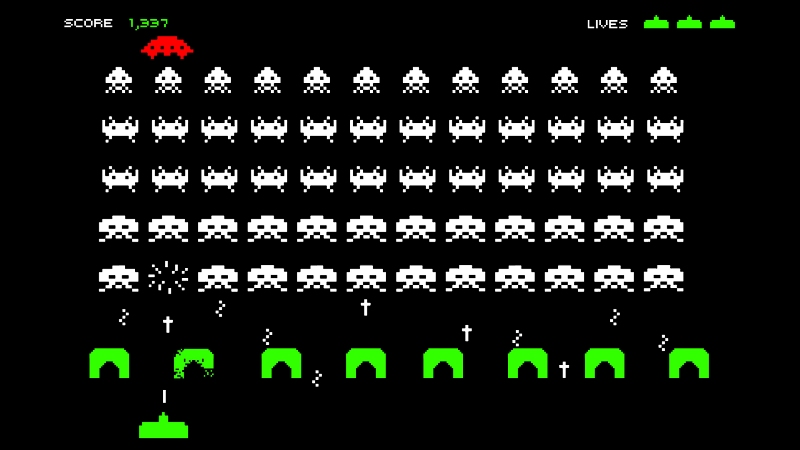 Who is the best videogame baddie of all time?

Without baddies, videogames would be pointless. Over the years, we’ve been treated to some top notch baddies, from megalomaniacs determined to rule the world to annoying little scamps who just want to ruin your day.

But who is the best videogame baddie of all time? Here are some of our favourites – share yours with us in the comments, or on Facebook and Twitter!

Mario’s eternal nemesis is one of gaming’s most persistent villains, despite his plan being roughly the same every time: kidnap Princess Peach and make Mario collect loads of stars and coins to save her.

With a PHD, an arsenal of evil robots and an army of brainwashed fluffy animals, Robotnik should be unstoppable. As it turns out, even a blue hedgehog can take him down with a few well-timed jumps. Still, you’ve got to admire his endurance.

Final Fantasy VII’s main villain makes Bowser and Robotnik look like the Chuckle Brothers. He has the powers of a God, he has a MASSIVE sword and he [SPOILERS!!!] doesn’t think twice about killing your kind-of girlfriend in front of you. His hair’s a bit silly though…

The unstoppable killing machine from Silent Hill 2 is one of the weirdest villains we’ve ever seen. Why does he have a pyramid for a head? How does he eat? Does his house have specially-adapted doors?

All questions we’d have asked if we weren’t too busy running for our lives.

He has a name like a parking warden but he’s at least twice as evil. After double-crossing you in the first game, Wesker terrorises you in numerous games before turning himself into a superpowered abomination in Resident Evil 5. He also wears sunglasses indoors, which tells you all you need to know really.

Urgh, Gary. This annoying little idiot is your main rival in Pokemon, following you around and trying to beat you at every available opportunity. Fortunately, he’s a big wimp – but that doesn’t make him any less annoying!

GlaDOS is a seemingly helpful AI that offers you cake, companionship and a route out of the scary abandoned research facility you’re trapped in.

Unfortunately, she lies about the cake, she kills your companion and she’s the reason the place is abandoned. And now she wants to kill you too :’(

Psycho Mantis could even control Solid Snake, a problem you could resolve by switching your controller to port 2 (where he couldn’t work his black magic).

Although we’re sure the real Ronaldo is a terrific bloke, his FIFA equivalent is responsible for more smashed controllers than all of the Mario Kart games combined. He’s faster than a gazelle, stronger than an ox and has a shot like a cannon; if he’s on the other team, you might as well give up straight away.

Ganon (The Legend of Zelda)

Link’s arch-nemesis is a real piece of work, taking on numerous forms in order to bully our harmless elven hero. Fortunately, Link usually finds the Master Sword and teaches him a lesson he’ll never forget…well, until the next game at least.

They imprison birds for no reason! They have no bodies! They construct kingdoms from wood alone!

Tommy Vercetti’s best pal in Vice City broke our hearts when he decided to betray our beloved Hawaiian-shirted hero at the end of the game. It did lead to a cool mansion shoot-out, though.

They can’t be reasoned with and they have no mercy; no matter how much you throw at the Invaders, they won’t stop until your empire of…erm, 4 houses has been completely obliterated.

Share your favourite baddie with us in the comments! And remember, if you want to sort out your video game collection, musicMagpie is the surprisingly easy way to sell games online!