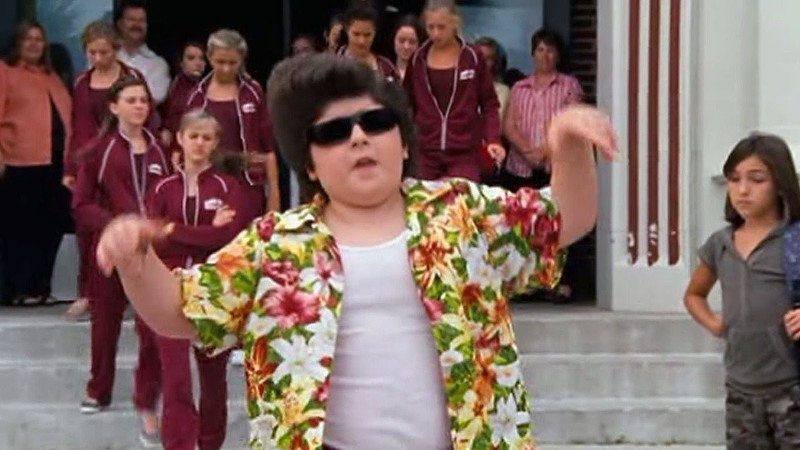 Hollywood loves a sequel. It means half the marketing for a movie is done, and is usually guaranteed to rake in a few quid from people who enjoyed the first film.

Sometimes, though, a sequel will fly straight under the radar. Here are 7 sequels we (and possibly you) didn’t know existed!

Jarhead is one of the least conventional war films ever made, focusing on the mundane parts of serving in the marines. It was based on a memoir, directed by Academy Award winner Sam Mendes and starred one of Hollywood’s biggest actors.

Jarhead 2: Field of Fire really couldn’t be more different. Instead of boredom, the film focuses on a group of marines escorting a woman across the most dangerous parts of Afghanistan. Needless to say, there’s a lot of shooting and US Marine banter. If anything, it’s more American Sniper than Jarhead (and it was released in the same year too).

Believe it or not, Jarhead 2 is actually an official sequel with the Jarhead ‘brand’ presumably chosen to give it a marketing boost. By all accounts, it’s not that bad either…

You might not have heard of this one because it can’t actually decide whether it wants to be a sequel or not. In Germany and the US, it’s known as Open Water 2. Over here, though, it was released as Adrift.

To make things more confusing, Adrift was actually written before Open Water was even released. So basically, someone found another film where people are stranded in the sea and slapped a ‘2’ on it to capitalise on the success of Open Water.

To summarise: Open Water 2 is a sequel that was written before the original and may not actually be a sequel at all. Got it? Good.

Nope, we had no idea this existed either.

It sounds like this is pretty much a remake of the first film, with a ruling roost of ‘Plastics’ challenged by a group of ‘Anti Plastics’. None of the original cast returned for it, with Rachel McAdams, Amanda Seyfreid and Lindsay Lohan off doing better things. Tina Fey was too busy to write it too, apparently.

It’s probably alright if you’ve watched the first one a million times and fancy something different (but not too different).

I’ll Always Know What You Did Last Summer

Having slashed his way through the people who ran him over, the I Know What You Did Last Summer killer decides to extend his killing to anyone who did anything bad during the previous summer and didn’t own up to it. Apparently you’re safe if you did something bad during the winter, or if the bad thing happened two summers ago.

I’ll Always Know What You Did Last Summer follows a group of teens who cover up the accidental death of their friend during a summer parade, before facing their inevitable demise at the hands of the world’s most punctual serial killer.

Anyway, it’s a pretty straight forward slasher with a whopping 0% on Rotten Tomatoes. That still hasn’t stopped plans for a remake of the original next year.

Made in the age of Anonymous and WikiLeaks,  The Dead Code could have been an excellent cyber-thriller.

Instead, it’s just a bit silly. The plot follows a young chap who ends up getting in trouble with the authorities after playing an online gambling game based on terrorist attacks. The US government is apparently using this game to root out terrorists, with the logic being that anyone good at the game must be a terrorist. We said it was silly, didn’t we?

Eventually, WOPR from the first film has to take on a new AI in order to save the world from nuclear annihilation. It’s not as fun as it sounds.

The cover to Legally Blondes proudly declares that Reese Witherspoon ‘presents’ it, even though she isn’t actually in it. Instead, she’s a producer and it’s not exactly clear how involved she was beyond from giving the marketing team a reason to use her name.

Filling Reese’s shoes are not one but 2 legally blondes. And they’re twins! And they’re ‘English’!

They aren’t lawyers, though. Instead, the twins have to prove that one of them didn’t cheat on a test in ‘student court’, although that’s pretty much just a plot point bolted onto the end of a fairly standard American high school flick.

In the mid-2000s, there was an odd craze for making sequels to Jim Carrey films even if Jim Carrey didn’t want to be in them. This glorious era ‘gifted’ us Son of the Mask and Dumb and Dumberer: When Harry Met Lloyd, both of which most people have forgotten about.

Ace Ventura: Pet Detective Jr seems to have slipped under the radar, though. As the title suggests, Pet Detective Jr focuses on the adventures of Ace’s son (apparently Ace Sr. is lost in the Bermuda Triangle) as he tries to stop his mum going to jail for nicking a baby panda and save the neighbourhood pets from an evil rich kid.

Oh, and it’s also revealed that ‘being Ace Ventura’ is actually some kind of genetic trait passed down in the Ventura family because of science or something.

Want to tidy up your movie collection and make some cash at the same time? Sell DVDs with musicMagpie! Just click below to get an instant price.