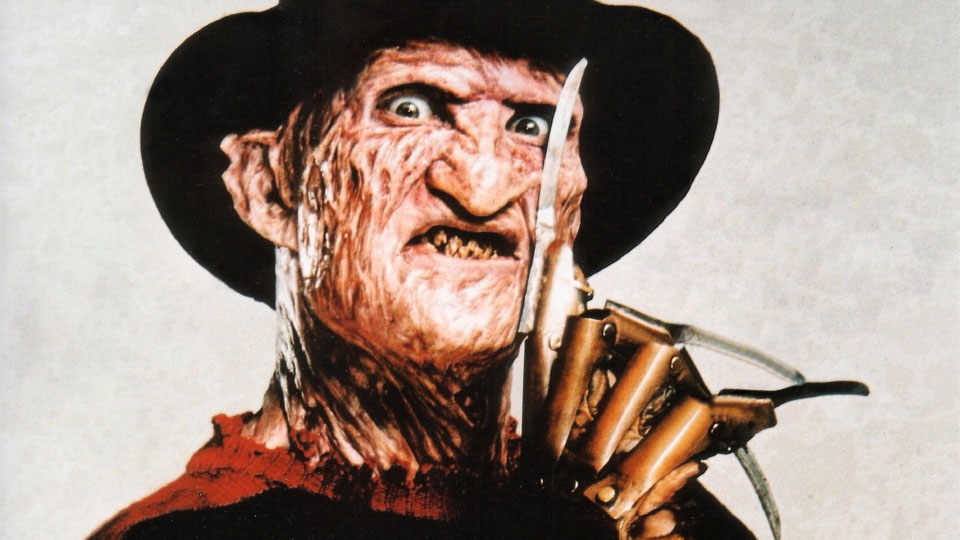 7 movies you didn’t know were based on true stories

When a movie claims to be based on a true story, it generally means it’s taken a real life event that was kind of interesting and then embellished with exciting stuff like car chases, explosions and fighting.

Whereas most ‘based on a true story’ movies wear their real life inspirations on their sleeve, quite a few movies are a little more subtle about their unlikely-but-real influences…

Surely a film about a burnt man who kills teenagers in their dreams can’t be true? Well, it is!

The late, great Wes Craven explained in an interview that the film was inspired by a series of South East Asian immigrants living in Los Angeles who died in the middle a nightmare.

Intrigued, Craven dug in some more and stumbled upon a case of a young Cambodian who refused to sleep because he was convinced he was going to die in a nightmare.

He eventually fell asleep after 6 or 7 days, when he starting screaming in the middle of the night and promptly died from unexplained causes.

Well, we’re pretty certain that the poor chap having nightmares wasn’t murdered by a vengeful miscreant with claws for hands, although who knows? Sweet dreams!

The Hills Have Eyes

Heeeere’s Wes again! 7 years before he was scaring the living daylights out of everyone with Mr. Nightmare McStabbyhands, Craven released The Hills Have Eyes… based on a true story about a family of cannibals! And, to make matters worse, it happened in Scotland!

While The Hills Have Eyes is set in the Nevada desert in the 70s, the actual events took place in the 15th or 16th century – and are arguably much, much worse (so skip the next bit if you’re squeamish).

Sawney Bean was an unscrupulous type who lived in a cave with his wife and 14 children. For food, they killed passers-by and ate them.By the time they were caught, the family had grown to 48 people, most of whom were the product of incest. They were executed for the murder of over 1,000 people. Blimey…

A big shark terrorises a peaceful American town, and it doesn’t even need a tornado to help it. The film was so effective that many people still won’t enter open water for fear of being eaten by a hungry Great White.

Galeophobics, look away now: Jaws is based on a novel by Peter Benchley, which in turn was inspired by a series of shark attacks in New Jersey in 1916. 4 people were killed, sparking a national panic – much like the film it inspired!

The species of shark involved in the New Jersey attacks has never been confirmed, although the Great White is a prime suspect. One alternative theory suggests that an angry sea turtle was responsible, which would have made Jaws a very different movie!

However, it’s important to remember that shark attacks are very, very rare, so don’t let it put you off going for a paddle in the sea!

Inspired by the article Top Guns by Ehud Yonay, which told the story of TOPGUN pilots at the Miramar flight school

There are also numerous real life pilots that people claim Maverick is based on. One is Colonel John Boyd, a hotshot pilot and instructor who had frequent clashes with his superiors. He often described himself as a ‘maverick’, and he also invented a maneuver that sounds awfully similar to Maverick’s ‘hit the brakes’, which you can read about here. Sounds convincing to us…

…but not so convincing to Randy ‘Duke’ Cunningham, a TOPGUN instructor who claims the character was based off his exploits. Again, Cunningham was an ace pilot who also pulled off the ‘hit the brakes’ trick. His distinguished record in Vietnam brought him to public attention and presumably helped inspire the character of Maverick.

More power ballads, and more topless games of volleyball. Also, Cunningham became a politician and ended up going to jail for a few years (which would have made for a very interesting sequel, to be honest).

A washed-up Philadelphia slugger gets an once-in-a-lifetime opportunity to take on the World Heavyweight Champion, which just happens to coincide with his romancing of a shy pet shop worker with a name that’s best shouted in a barely comprehensible garble.

Amazingly, the story of Rocky Balboa was pretty much based on real events. In 1975, a journeyman boxer named Chuck Wepner took on Muhammad Ali (the obvious inspiration for Apollo Creed) and almost won. He was knocked out late in the 15th round, but still managed to floor Ali in the 9th. Stallone, then a struggling actor, saw the fight and penned Rocky shortly afterwards.

The similarities don’t end there, though. Like Rocky, Wepner also fought a wrestler, although he took on Andre The Giant rather than Hulk Hogan. Presumably miffed by the fact his screen counterpart was making Stallone millions of dollars, Wepner filed a lawsuit against Stallone in 2006 before reaching an undisclosed settlement.

Unlike Balboa, Wepner didn’t win a rematch against Ali, end the Cold War or fight Mr. T. Instead, he had a few more fights and retired in 1978.

He also got in a spot of legal bother for selling counterfeit Muhammad Ali merchandise in 2002, whereas Rocky ended up opening his own restaurant.

The story of a priest who wrestles to make money to feed orphans is almost entirely true!

By day, Sergio Gutierrez Benitez was a priest in 1970s Mexico. By night, he was a luchador named Fray Tormenta. Benitez used the proceeds from his wrestling careers to feed orphans, although he didn’t claim any credit for it. In fact, no-one knew who the man behind the mask was for years.

Eventually, Fray Tormenta’s real identity came out. In an interview, Benitez claimed he kept his identity secret because he thought no-one would take him seriously.

Benitez was an alcoholic and a drug addict before becoming a priest, whereas Nacho is an orphan himself and is raised in a monastery. We’re guessing the addict stuff was a bit too heavy for a kids film…

Oh crikey, why’s it always the horror films that are real?

The Exorcist is based off a novel of the same name, which in turn was based on – you guessed it – real events. Roland Doe (a pseudonym) was a 13 year old boy who allegedly tried to contact his deceased aunt using a Ouija board she gave him.

Shortly after, weird stuff starting happening: furniture began moving, objects starting levitating and jars of holy water smashed for no reason. When a priest tried to perform an exorcism, Doe apparently attacked him and started speaking in a gutteral voice. In a later exorcism, the words ‘hell’ and ‘evil’ appeared on his body. Remarkably, Doe went on to live a normal life afterwards.

The account of the incident was signed by 9 priests and 49 other witnesses, although some skeptics claim that Doe was merely a spoilt child with a short temper and a good imagination.

Well, Doe was a boy rather than a girl for one. We presume his language was a bit less salty too. There’s no mention of pea soup-coloured vomit either…

musicMagpie is the surprisingly easy way to sell DVDs – and we pay on the same day we receive your stuff too! Just click below to start selling.