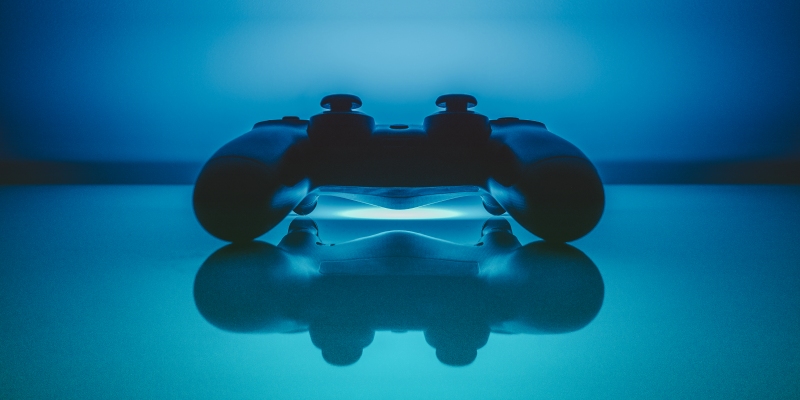 The Hardest Games Ever Part II: This Time It’s Personal

Last year, we put together a list of the hardest games ever, that kind of games that will make you smash controllers, swear like Gordon Ramsey with a stubbed toe and sob uncontrollably at their superiority.

Well, the fun doesn’t end there because we’ve found 10 more games that will break you like a twig! Proceed with caution and warn your neighbours that they may hear a lot of shouting over the next couple of weeks…

The life of a stuntman is tough. Driving fast cars and jumping off stuff for a living is cool, but even the smallest error at work can lead to serious injury or even death.

The stakes aren’t quite as high in Stuntman, although it does demand near perfection. The simplest of stunts can take hours of gameplay, but it’s totally worth it to nail a pitch perfect launch off a ramp into a two wheeled drive. If your controller survives the first 100 attempts, that is.

Buy Stuntman on the musicMagpie Store

Beneath the hilarious one-liners and lovable characters of The Simpsons Hit & Run lies one of the most sadistic gaming experiences ever created. If this was 1495, we’re almost certain it would be used as a torture device.

Like a lot of difficult games, Hit & Run starts off pretty easy. It’s basically GTA with Simpsons characters, and it’s every bit as fun as that suggests.

Then things get upsetting. The likes of Krusty and Chief Wiggum become relentless driving machines, making the final few missions as tougher than running a marathon with iron shoes.

Eventually, the funny one-liners sound like taunts. To this day, we struggle to watch an episode of The Simpsons without feeling a little bit of rage in our tummies.

At least you get to laugh for a few hours, though…

Buy The Simpsons Hit & Run on the musicMagpie Store

Call of Duty: World at War (on Veteran)

Oh, did we mention that there are infinite waves of enemies with perfect accuracy too?

In short, you’re going to die a lot.

Buy Call of Duty: World at War on the musicMagpie Store

Made by the same masochist behind Dark Souls, Bloodborne is a tough-as-nails action RPG set in a city populated by demons who want to rip your face off. Not the kind of place you’d go on holiday, basically.

Like Souls, the combat in Bloodborne is difficult-to-master yet hugely rewarding, while enemies range from tough to harder than Anthony Joshua eating a bowl of nails. It’s safe to say you’ll need to prepare to die…again.

Imagine Super Mario¸ but with a piece of sentient meat instead of a Italian plumber (still saving his girlfriend though) and a learning curve that’s practically vertical. That’s Super Meat Boy in a nutshell.

SMB is a platformer that requires the reflexes of a goalkeeper, the calculations of a physicist and the patience of a Buddhist monk. Like the toughest teacher in the world, it teaches you by killing you. A lot.

Thankfully, SMB is hugely rewarding once the red mist of dying a million times has lifted.

The most upsetting thing about Trials is how easy it is to begin with. Once you’ve got the hang of the controls, you’ll be backflipping over huge gaps like in no time. You might start to fancy yourself as the next Evel Knievel.

And then things get really, really tough. Eventually, it becomes less of a game about motorbikes and more of an extremely complex physics game that requires a lot of pre-calculation and trial and error.

For years, everyone’s favourite xenomorphs have been little more than cannon fodder in games. Waves of them would fly at you, all teeth and claws, but a pulse rifle was more than enough to take them down.

Then Alien Isolation came along. Heavily influenced by the first film, it drops you on an abandoned ship with a single alien whose sole purpose is to kill you.

Instead of killing the alien, your goal is to survive. That means hiding in lockers while the Alien stalks past you, throwing flares to distract it and generally running around like a terrified 5 year-old whose just watched Doctor Who for the first time.

To make matters worse, the Alien can drop in on you at any point, making even a short walk between rooms a blood-curdling ordeal. Good luck!

Before Dark Souls, there was Ghosts ‘N Goblins – the cruellest game known to man.

You play as Sir Arthur, a knight who has to fight the legions of hell in order to save (who else?) a princess.

Sir Arthur, it turns out, is a pretty rubbish knight. One hit destroys his armour, which leaves him in his pants. Another hit kills him entirely. You get 3 lives to complete the entire game. Oh, and you only get 3 minutes to complete a level before the game takes another life off you.

The real kick in the teeth comes when you beat the final boss though. The game promptly informs you the battle was a ‘trap devised by Satan’ and that you’ll have to play the entire game again on a harder difficulty level to get the real ending. Cue tears and rage.

In this free-to-play browser game, Pooh and his pals decide to play a few games of baseball. Sounds like fun, right?

WRONG. As it happens, Tigger, Roo and Owl are among the greatest pitchers in the world, while Pooh is about as useful as a chocolate honey pot.

To paraphrase George Orwell: if you want a vision of the future, imagine Christopher Robin throwing balls at you while you helplessly swing at air – forever.

The average game of Super Monkey Ball goes like this:

And hey, this game is pretty easy too! I don’t think I’ve ever had so much fun!

OH MY LIFE WHY DO YOU KEEP FALLING OFF THAT LEDGE, YOU STUPID MONKEY?! WHO INVENTED THIS SICK GAME, AND WHY DO THEY HATE ME SO MUCH?!

Have you completed any of the games in this post? And what other games have made the vessels in your head burst with rage? Let us know in the comments!

And don’t forget: you can now buy games from the musicMagpie Store too! With low, low prices and FREE delivery on all orders, you’ll struggle to find a better deal online. Check it out by clicking below!