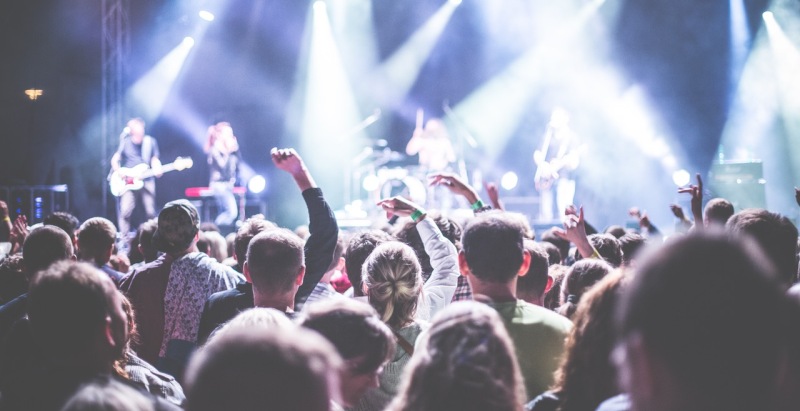 Not sure which festival to go to this summer? Here are the best line-ups!

As the clocks go forward and bring the promise of warmer weather, conversation always turns to blissful summer plans of holidays, relaxing and for lovers of good music: the best festivals. After scanning the line-ups and making some guesses as of what is yet to be announced, for those who are yet to decide or desperately trying to convince friends to join, here is a list of a few festivals that have been causing a stir for summer 2017!

Truck Fest this year is the place to be for lovers of all things indie and alternative. With tiny vintage pop-up shops, a ferris wheel and a line-up to die for, the Oxfordshire countryside can barely contain the crowds that gather year on year.

Critics have honoured it “the Godfather of the small festival scene”, even though it’s roots are as one of the UK’s longest running and most popular small festivals. Truck began as live performances literally on the back of locals’ trucks, and so it is crazy to think that it played host last year to the Manic Street Preachers, Everything Everything and Circa Waves.

Summer 2017 promises so much more already, after early announcements have revealed that the Wombats, Slaves, The Libertines, Franz Ferdinand and the Vaccines will be tearing up Truck.

The smaller tents also are set to showcase the best  up-and-coming artists, some of which seem to be permanent features there year after year, like the guys in the Magic Gang and Sundara Karma.

Truck is a perfect environment for families and party-goers too, with both a kids corner and a few neat rave tents that really do cover all genres of music. If you’re not a lover of giant crowds or exploring mile after mile of muddy field in search of your tent, Truck festival is the perfect fit.

The psychedelic creativity of central London meets quirky and quaint country village fete in this day-long festival in Victoria Park on Saturday 3rd of June this year.

Music is the main attraction, but it also aims to have the charm of a country fair with multiple music stages and fete activities with a twist.

This is hard to imagine, with this summer’s headliners so far being Aphex Twin, Death Grips, King Gizzard and the Lizard Wizard, Loyle Carner and John Cooper Clarke. All are the epitome of alternative, creativity and skill, carefully selected and hosted by many of London’s edgiest concert and club promoters.

The five stages are mixed in with traditional country stalls on The Village Green that provide often-needed respite from the intensity of the music. The 24 hour party will be capped off this summer with DJ sets from the legendary Jon Hopkins, and Hot Chip’s Joe Goddard.

Pioneering in imagination, Field Day has continued to grow in size and stature, with tickets regularly selling out in a short space of time.

Isle Of Wight has been growing bigger and better each year since its revival in 2002.

The festival began in the late 1960s but attendance was capped by parliament to 5000 after estimates of over 600,000 gathered in a colourful counter-culture celebration to welcome the 1970s. This was by far the largest and most famous of the early festivals and was said at the time to be one of the largest human gatherings in the world. Attendance surpassed even Woodstock that year- no wonder, with a line-up of over fifty performers including Jimi Hendrix, Miles Davis, The Doors and The Who.

In more recent years, the Isle of Wight festival has attracted such world renowned acts as The Rolling Stones, Muse, Robert Plant and David Bowie to name just a few.

In fact, Isle of Wight has gained a reputation not just for the stellar lineup it constantly attracts but the electric atmosphere that it creates.

This year is no different, as so far an eclectic mix of Arcade Fire, Run DMC, Catfish and the Bottlemen, The Undertones and even David Guetta and Rod Stewart are set to headline. So many more acts will be announced over the coming months, before the fest is underway from the 8th to the 11th of June.

Some might say that R&L line-ups have left much to be desired over the last few years. With such an impressive back catalogue of artists in the 90s and 00s, it is hard not to have high expectations.

So far, announcements for this year’s list of performers are promising. Kasabian, Eminem and Muse are headlining over the long weekend, and will be supported by equally big names spanning many genres, such as Two Door Cinema Club, Blossoms, Flume, Fatboy Slim and Major Lazer. Mod god Liam Gallagher is even going solo on the festival stage for the first time in years to mark his debut album set to be released before the end of the year. This is a pretty massive list of artists that fans and critics are loving so far.

From Halsey, to Korn, to Lethal Bizzle, NME Magazine decreed that ‘the festival have crafted a line up with something for everyone’s taste’. What better way to spend August bank holiday weekend than in the infamous fields of Bramham Park or Little John’s Farm?

With so much new music already released this year, and the promise of more to come, this summer is set to be prime-time for festival greatness. Whether you’re planning a wild weekend with friends or donning the wellies with family, the artists in the mix this year don’t disappoint.

← What is the most valuable record ever made?
Buying a Record Player: A Beginner’s Guide →