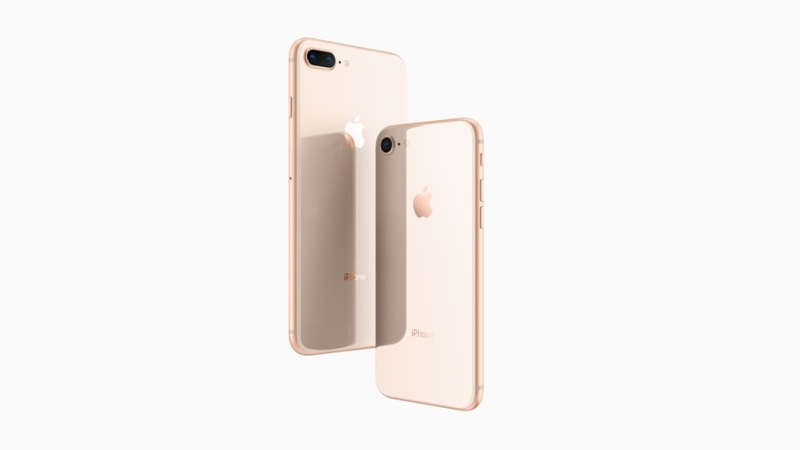 iPhone 8 & iPhone 8 Plus Reviews: is this the best iPhone ever?

The obvious reason for that understated launch is the iPhone X, Apple’s super-charged and ultra-futuristic device launching later this year. The X is widely seen as the future of Apple devices, while the 8 is… well, the present.

But the iPhone X’s hefty price tag isn’t going to suit everyone’s budget, and rumours suggest that supply is going to be severely limited until later this year.  So is the iPhone 8 a viable alternative? We turned to the internet’s finest tech review sites to find out.

It’s no secret that the iPhone 8 is basically the iPhone 7s with a slightly better name, with Nilay Patel of The Verge stating that the 8 and 8 Plus are ‘…both very much just the next step along a path Apple’s been on for quite some time now.’

There are a few key design differences though, with the new glass back introduced for wireless charging being the most obvious one. It makes the phone much nicer and easier to hold too, according to Trusted Reviews: ‘The aluminium back has been replaced with what Apple is calling the “most durable glass ever” and it feels so much better for it. It’s heavier, grippier, and doesn’t feel likely that it’s going to fly out of my hand every time I pick it up.’

The real star of the show is the screen’s new True Tone technology, however. Patel of The Verge claims ‘I’ve always thought the iPhone LCD was the best overall display on the market in terms of color accuracy, and True Tone just makes it look better’, while Stuff say ‘After days of having True Tone switched on, looking at the screen with it off now seems very artificial.’

Fans of the current design shouldn’t get too attached though, according to Wired’s David Pierce, who writes; ‘I suspect this is the last time an iPhone will ever look this way, as the all-screen design of the iPhone X takes hold of Apple’s entire lineup.’

Tech reviewers have expressed a lot of love for the iPhone 8’s A11 Bionic chip, with The Verge describing it as ‘lightning fast’, Stuff claiming it’s the phone’s ‘best feature’, and CNET stating the phone’s Geekbench 4 performance scores ‘…come close to what MacBooks with Core i5 processors can achieve.’

Trusted Reviews go even further, writing that the A11 Bionic chip ‘…puts current Qualcomm Snapdragon chips to shame.’ Snapdragon chips are, of course, the preferred choice of many Android manufacturers.

The iPhone 8’s speakers have received a lot of praise too. The Verge call them ‘impressively good’, while Trusted Reviews say its ‘one of the best-sounding phones out there’.

Apple’s loyal fans have been requesting wireless charging for years. With the iPhone 8, their prayers have finally been answered. But was it worth the wait?

The answer is ‘kinda’. The Verge predicts it will be very useful, especially in cars ‘where you can just put the phone on the charger, connect wirelessly to Bluetooth, and be on your way without any cables at all.’

However, Scott Stein at CNET says that the wireless charging is ‘slow’, elaborating that ‘Half an hour with Mophie’s charger delivered about a 15 percent uptick in battery. It’s intended for overnight charging, with a Lightning cable still the faster way to charge the iPhone 8.’

David Pierce at Wired is more optimistic, though, writing; ‘Wireless charging makes the iPhone feel less like a Tamagotchi needing constant feeding, and more like a digital sidekick that’s always ready to go’.

AR is another of the iPhone 8’s headline features and reviewers, on the whole, are impressed; Nilay Patel of the Verge calls it a ‘…a pretty exciting taste of the future’ while Scott Stein of CNET says ARKit is ‘…pretty impressive’ and that ‘the possibilities here could extend into a future that involves things well beyond phones. As a first step, this has tons of promise.’

The big question is should you buy an iPhone 8? As with most things, it really depends; most of the reviews we’ve read agree that the iPhone 8 is a fine phone indeed, although the spectre of the iPhone X looms large.

Meanwhile, David Pierce at Wired.com says ‘The iPhones 8 are probably just the last, best version of what your phone looks like now. And they don’t cost $1,000. And for now, that’s great news.’

Stuff go one further, writing that ‘…even with the iPhone X looming large, the 8 Plus could well be the iPhone to buy this year.’ They elaborate: ‘The looming iPhone X may well have quietened the usual Apple hysteria for the iPhone 8 family, but don’t let that fool you: the iPhone 8 Plus is fully deserving of five-star fanfare.’

Are you planning to upgrade to the iPhone 8? Wondering “how do I sell my phone“? Sell your iPhone with musicMagpie today! Simply get an instant price, send it for FREE and we’ll pay you the same day it arrives. Why wouldn’t you?

Plus, you can also upgrade with us too! Buy refurbished phones from the musicMagpie Store.