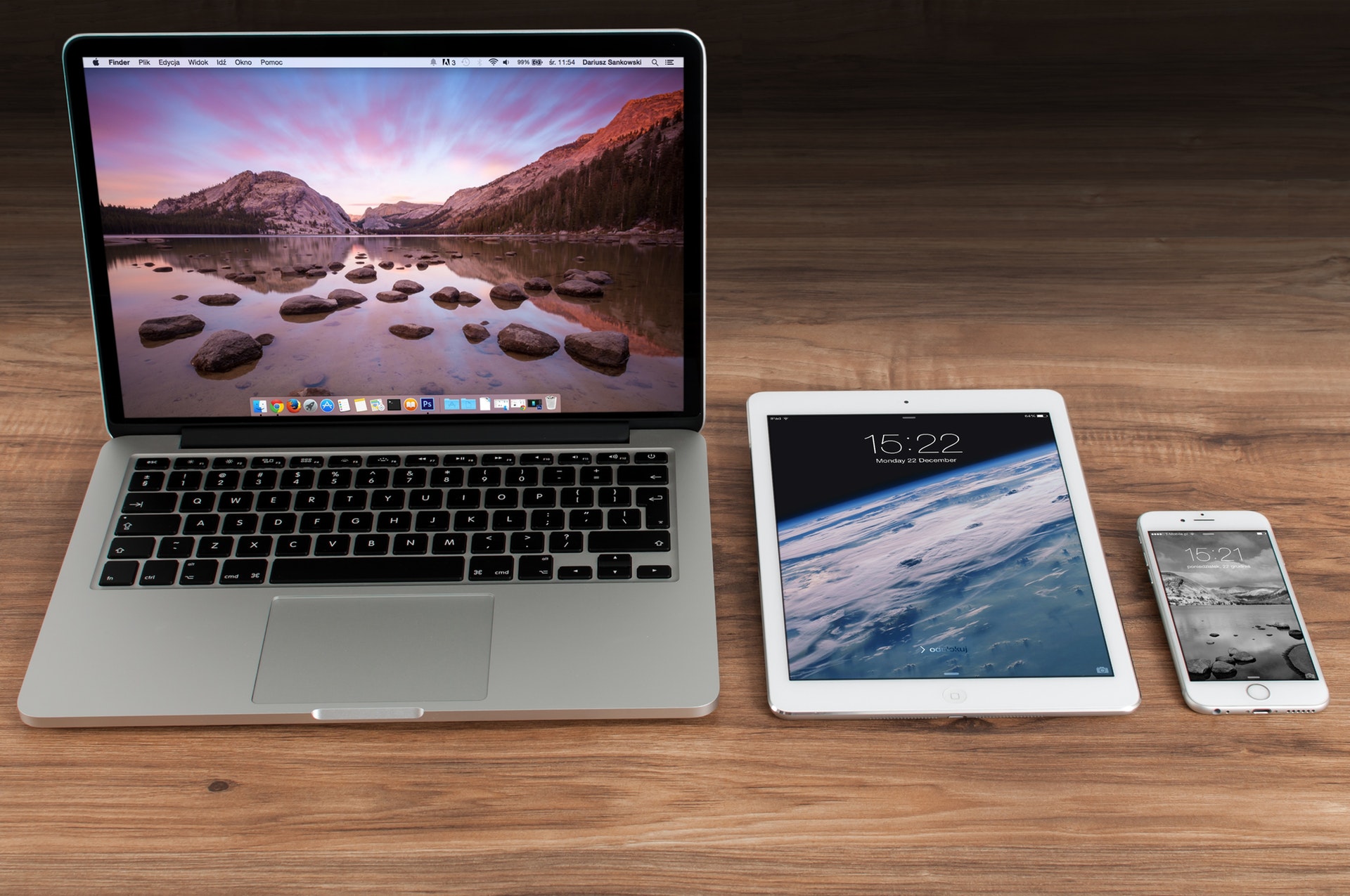 At the beginning of the year, Apple announced that its active installed base of devices had reached 1.3 billion, covering the iPod Touch, iPad, Mac, Apple TV, Apple Watch and the all-important iPhone.

The iPhone is arguably one of the biggest tech disruptors of the last 15 years, causing almost every other manufacturer to sit up and take note. But, in spite of their successes, has Apple peaked?

This question has been asked a number of times over a number of years. Many are waiting for Apple to hit their ceiling and lose momentum. The fact is, many of us are now in the eco-system with little sign of wavering loyalty. On the other hand, there is a staggering amount of choice out there in tech world, so Apple could easily lose their grip.

Apple products aren’t cheap by any means. An iPhone XS Max with 512GB of memory will leave you with very little change from £1,500. That’s more expensive than the most recent Macbook Air. But Apple market their products as high-end, all-power pieces of kit that will allow you to do just about anything your heart desires. That’s a privilege you have to pay for.

With each passing year, flagship device prices increase for Apple, whether they are super innovative or not. The design for the iPhone X pretty much set the tone for the next few years, and the XS, XS Max and XR models look pretty similar. Of course, the internals are much better but from a cosmetic point of view, there isn’t enough differentiation.

The ‘oldest’ model and thus ‘budget’ device you can buy direct from Apple is the iPhone 7 which still costs you almost £450. We’re expected to pay more and more for the latest devices and the upgrade cycle isn’t moving as quickly as it used to.

The 12 month contracts of yesteryear have been left in the past – we’re upgrading our handsets (if tied into a contract, of course) every 24 months or even 36 months. If devices are being bought outright, can we be expected to part with more than £1,000 every 12 months? Not really. We’re clinging onto our devices a little longer and Apple have only helped to make this easier for us.

The iOS 12 update this autumn is compatible with devices as far back as the iPhone 5s, meaning that even if your phone looks ‘dated’ on the outside, it’s operating system will be as good as new. Of course, the older the device the fewer features it is expected to have, but not everyone is too worried about that. The iOS 12 lifeline will help keep people in the Apple eco-system but won’t necessarily spur them on to upgrade their device.

Did Apple peak with the iPhone 6 and iPhone 6S?

Unit sales grew from 169.22 million in 2014 (an 18.96 million increase year-on-year) to 231.22 million the following year. Since then, sales figures have remained strong but Apple haven’t quite been able to topple this year.

The big turning point for this device would appear to be the increased screen size. Packing everything into a compact device was no longer an issue – we wanted bigger and we got it. Since then, adding a bit more to the screen isn’t as much of a priority; it’s already been done.

It’s been a while since we had a ‘new’ product

Apple, just like most major manufacturers, put out their flagship products throughout the year. We’ve tried to crack their code of which points in the year each device will be unveiled – the iPhone tends to be September, for example.

We’ve become used to the Macbook-iPad-iPhone announcements year after year – as the iPod has been phased out – but their last revolutionary product was released eight years ago. The iPad was unveiled by Steve Jobs in 2010 which bridged the gap between smartphones and laptops, with a powerful tool that is easy to carry.

Since then, Apple have worked on making their core devices better, more intuitive and faster. We haven’t been wowed by the next big thing to come from Apple, although rumours continue to circulate as to what’s next.

Will it be a foldable device? Will it be an Apple car? Ming-Chi Kuo, a well-respected expert on Apple, has given a two year window for Apple’s AR glasses to be released onto the market. A 2020 release date could be a stretch, given Tim Cook’s stance on artificial intelligence.

Cook worries about personal profiles being harvested for companies to enhance their AI platforms (ahem, Zuckerberg’s ears may have been burning at this point). Cook said, “Advancing AI by collecting huge personal profiles is laziness, not efficiency.”

Apple will no longer be sharing their sales figures with the world, which some are taking as indicator that they are seriously in decline. Revenue will still be communicated but the number of iPhones sold within a quarter will be a thing of the past.

In Apple’s Q4 2018 results call, their Senior Vice president and Chief Financial Officer, Luca Maestri said the company “will no longer be providing unit sales data for iPhone, iPad and Mac. As we have stated many times, our objective is to make great products and services that enrich people’s lives, and provide an unparalleled customer experience that our users are highly satisfied, loyal and engaged.

As we accomplish these objectives, strong financial results follow as demonstrated by our financial performance in recent years, the number of units sold in any 90-day period is not necessarily representative of the underlying strength of our business. Furthermore, a unit of sale is less relevant for us today than it was in the past, given the breadth of our portfolio and the wider sales dispersion within any given product line. “

It seems long winded, and there is probably nothing to worry about – but many don’t feel the same. On the call, Maestri and Cook opened the floor for questions. Jimi Suva, Citi analyst pointed out that it’s feared that iPhone units will start going negative year-over-year “because it’s easier to talk about great things and not show the details of things that aren’t so great.”

It’s no secret that the iPhone is the lifeblood of Apple, so having concerns over this omission should have been expected. Do Tim Cook and co. have something to hide?

Can Apple still make the grade in China?

Any global company wants and needs to have a presence in China, as the potential is huge and Apple is no different; their Chinese market is important. But China is home to a heap of innovative smartphone manufacturers so their choice for devices is vast.

Chinese iPhone sales peaked in 2015 and it’s unlikely that China will drive any more significant growth for the iPhone. It is the company’s second biggest market, accounting for almost 20% of total iPhone shipments.

It’s not all doom and gloom as Apple are one of the dominant forces in China, but it is one of five. Huawei, Xiaomi, Vivo and Oppo combined with Apple account for 91 percent of the market so while their presence is still very much visible, it’s within the most unique smartphone market in the world.

In the second quarter of 2018, seven million iPhones were sold in China, seeing Apple’s market share dropping by 12.5 percent year on year. This was anticipated by experts, as the rising cost of iPhones has been perceived as off-putting for Chinese consumers.

So, will Apple focus on its other offerings like Apple Music and the App Store going forward? Should we be concerned about the future of the iPhone?

It wouldn’t be surprising if Apple’s focus did shift to Apple Music et al, as its growth has been impressive. We wouldn’t mark the end of the iPhone era either.

The question of Apple having peaked will continue to be asked and be met with a few muddy answers. Having been named the world’s first $1 trillion company, Apple isn’t exactly in bad shape.

They will need to bring out a spectacular product to wow users and divert any awkward questions surrounding the strength of the iPhone. Relying on getting more money out of consumers for one – or three – products on offer won’t be sustainable enough.

Upgrading your laptop? Sell your Macbook with musicMagpie to make cash for your upgrade! Get an instant quote, send your device off for FREE and get paid the same day we receive it!

View all post by Laura Hamill.
← How to have a healthy relationship with your smartphone
What is the most traded device over Christmas? →