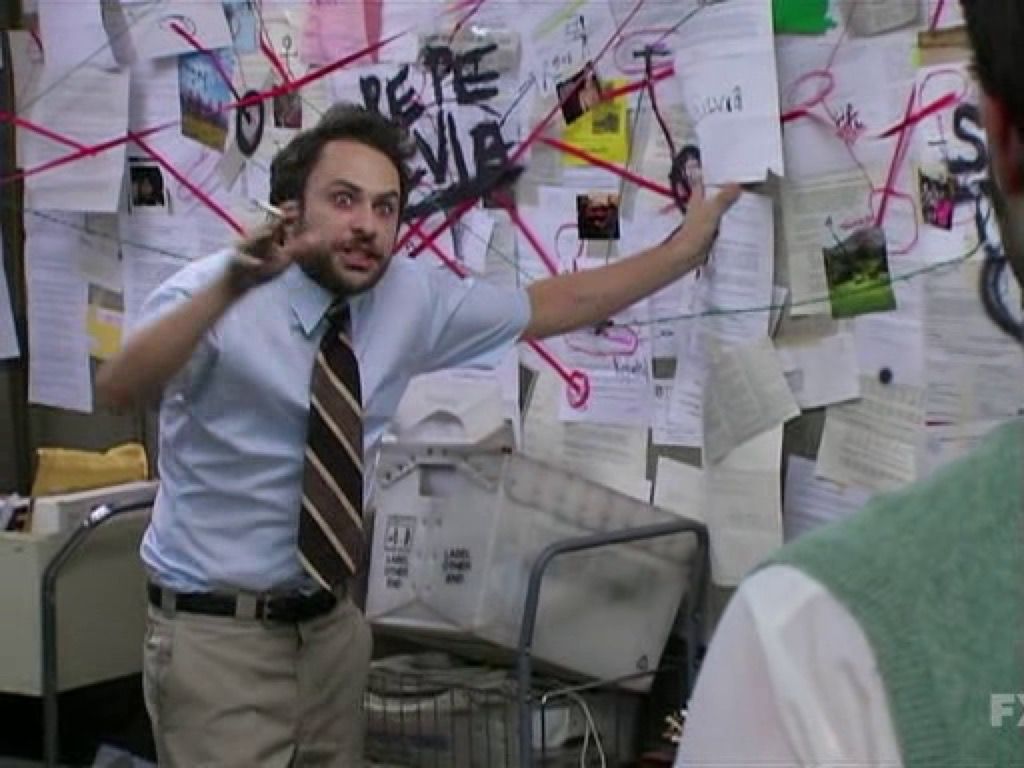 9 of the craziest conspiracy theories about movies

We’ve all heard the one about the Pixar universe, and how its most popular films are intertwined in the same realm, backed up by little Easter Eggs in the films.

But, what about some of the deeper and darker fan and conspiracy theories that exist out there? We’ve looked into some of them, which either proves that movie fans have too much time on their hands – or, they can see through layers of symbolism. We’ll let you be the judge.

Ferris Bueller’s Day Off is a 1980s cult classic, with a high schooler living out his wildest fantasies whilst bunking off for the day. He devises elaborate plans and schemes to cover his tracks, particularly to make sure his parents don’t find out it’s one of his many days of school so far.

Ferris is symbolic with being mischievous, but also with seizing the day. Was Ferris even real? A few suspect not. It would appear that Ferris is just a figment of his friend Cameron’s imagination.

Scratching the surface, it does make sense. Ferris gets away with just about anything but Cameron is petrified to toe the line of disobedience. However, Cameron’s seeming alter ego Ferris would allow him to live out his wildest dreams that he wouldn’t dare get involved in ordinarily. It’s why he has to be convinced to go into the city and wreak havoc when he’s ill.

It might be that Cameron never left his room at all – it could be that all of it was part of his imagination. Maybe Cameron was really sick all along, and his best friend singing Twist and Shout on a float in Chicago occurred in his mind as he slept off his fever.

Frozen has a dark inspiration

In a fairly insane twist of fate, it’s been suggested that Disney’s mammoth success Frozen is inspired by Stephen King’s The Shining. It’s farfetched, but it might just work.

The Overlook Hotel and Arrendale are set in a mountain landscape. Elsa represents Jack as a menacing character who puts their loved ones into danger. They both become more difficult due to their isolation in a cold landscape. Anna mimics Danny as an innocent bystander who spends long periods of time in the hallways (like when Anna asks Elsa if she’d like to build a snowman…)

Wendy is seen to be Olaf, as a goofy character whereas Grady is Hans from Frozen. The exist scenes draw similarities and both have an icy ending – but as Frozen is a Disney film, it’s got a happy one!

Was the moon landing faked?

The validity of the moon landing has come into question over the years, but certain theorists are able to pin point that one man could have orchestrated the whole thing – Stanley Kubrick.

Kubrick is a well-renowned director, and it’s thought that he was approached by NASA to find the ‘landings’. Kubrick filmed 2001: A Space Odyssey which is allegedly the tie between the moon landings and Kubrick’s involvement.

It is thought that Kubrick uses little clues, littered within The Shining, to confirm his involvement in staging the hoax moon landing. Slight references like Danny’s jumper, emblazoned with Apollo 11, or the prominence of eagles to represent NASA (and bears to represent the Russians). The room number is altered from the book, too, to further confirm the theory. In the Stephen King novel, the infamous room number is 217 but it’s altered to 237 to reference the distance between the moon and the earth (in thousands of miles).

Plenty of times over the years, Disney films have been linked to darker meanings. Post-apocalyptic worlds, deaths and tragedy are prominent in these theories. Perhaps the darkest of them all, is the theory about the third instalment of the Toy Story franchise.

Toy Story 3 is meant to portray the Holocaust. That is seen through: the abandonment of the toys at the daycare centre that they aren’t accustomed to (believed in this article to represent Dachau), the trip there as well as Buzz’s idea of hiding in an attic – a reference to Anne Frank.

The abuse of the toys at the hands of the toddlers and the furnace scene tie up this sad reference.

Theory suggests that the ever-popular Grease, the coming of age musical that sees the virginal Sandy becoming a woman, is another one of those that didn’t exist.

It would appear the entirety of Grease is actually all imagined by Sandy when she’s in a coma. During the track Summer Nights, Danny quips that he had saved Sandy’s life and she “nearly drowned”. It’s thought that it was much more serious than that, and she ended up in a coma.

While in the coma, Sandy dreams up this amazing year in Rydell High as her brain is starved of oxygen. As time continues to pass, things become a bit more outlandish (like the iconic “Tell me about it, Stud” scene) as Sandy drifts off to her death.

At the end of the film, Sandy and Danny drive off into the sunset – only, the car begins to float into the sky. A little strange, isn’t it? That car ride is taking Sandy into Heaven as she dies.

Peter Pan is the Angel of Death

Peter Pan’s eternal youth is believed be down to the fact he is actually an angel. That means, however, that the Darling children are dead.

Peter takes their hands to lead them to Neverland which is actually heaven as they’ve passed away. Even more sinister, Peter is meant to ‘kill off’ lost boys as they grew up to become adults. Hook and co. escaped from this fate, becoming pirates – allegedly.

It has been suggested that Peter Pan and his ability to never grow old is linked to a personal tragedy in author J. M. Barrie’s life. When Barrie was 6 years old, his older brother David died on the cusp of his 14th birthday in an ice skating accident. Barrie and his mother were devastated by the loss, but his mother Margaret took comfort in the fact that her child would remain a boy forever – quite like Peter Pan.

The many meanings of Groundhog Day

The film Groundhog Day, starring Bill Murray, has been interpreted in a number of ways. Fan theories have some cross over, but it’s believed that Phil (Murray) is actually dead.

Groundhog Day shows Phil’s life on a time loop, reliving the same day over and over again so he knows how it’s going to pan out. He goes rogue to do his own thing but then also uses his time more wisely, to help others. Phil wakes up in the same motel in Punxsatawney as it symbolises purgatory.

Reliving the same day over and over again takes its toll on Phil who attempts suicide, but he continues in the time loop because he’s already dead.

River Phoenix is a conspiracy theorist

River Phoenix was tipped to become one of Hollywood’s most prolific stars in the 1990s, having earned his crust in Stand By Me and Running On Empty. However, Phoenix’s life was cut short at just 23 years old, following a drug overdose. His death was well publicised, having collapsed outside of Johnny Depp’s club, The Viper Room.

As is the case when young stars destined for greatness burn out at a young age, questions are raised regarding the death and its circumstances. River Phoenix is said to have hated Hollywood and wasn’t into the drug culture that came along with it. If he was open about his distaste for drugs, how could he fall victim to a fatal overdose?

One theory is that River Phoenix faked it all. Like plenty of others who die unexpectedly, it’s alleged that Phoenix faked his death in order to escape the pitfalls of Hollywood. Rather than living a quiet life, it’s been suggested that River went on to become conspiracy theorist Mark Dice.

The Joker is a war veteran

Heath Ledger’s portrayal of the Joker in The Dark Knight is iconic. The Dark Knight was the highest grossing film of 2008 and is widely believed to be one of the best films of the 21st century – thanks, in part, to Ledger’s work.

The villainous Joker is a smart man – there’s no doubt – but one theory suggests that maybe he had much more intel than we give him credit for. His ability to take on and almost defeat Batman raises suspicion that The Joker might actually be a war veteran. He’s got skills when it comes to fighting and he’s able to overpower a door guard, something the average man probably wouldn’t be able to manage.

The precision of his planning also gives the impression he has a higher knowledge, linking him to a role within the army or maybe even a spy. He knows more than most when it comes to the ‘system’ and he has a resistance to interrogation – potentially as he’s already aware of how it all works.

Do you believe any of these theories? Why not relive some of these amazing movies with the musicMagpieStore. Pick up titles for as little as £1.07 plus delivery is FREE!

View all post by Laura Hamill.
← 5 Movies That Made Spookily Accurate Tech Predictions
Cannes Film Festival 2019 preview: which films should you look out for? →