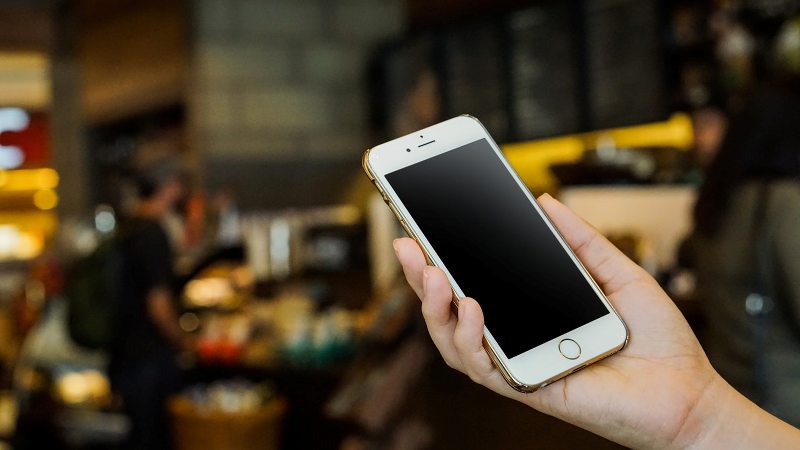 Film has shown us many visions of the future and the technology and gadgets it could bring. Many have got it wrong, but some have got it right. Here are some of those films:

To kick off the list, we need to travel back to the very beginning. A lot happened in 1865, the American Civil War ended, the Dominican Republic became independent from Spain and Jules Verne’s novel From the Earth to the Moon was published.

Thirty seven years later, filmmaker Georges Méliès adapted Verne’s story of the voyage of three men from the Baltimore Gun Club to the lunar surface into the first sci-fi movie to grace the silver screen. Little could Méliès and Verne have foreseen the reality their work has inspired, most notably the space race and shuttle programmes that have allowed for massive development in technology?

But of course, the main prediction correctly guessed by A Trip to the Moon was the landing of astronauts upon the moon with Apollos eleven through seventeen, with Neil Armstrong even referencing Verne’s novel. Another fun fact, the film and novel also served as major influences on Disneyland Paris’s Space Mountain ride upon its initial construction and opening in 1996.

Okay, let’s get started on the things this film got wrong in its predictions for 2015:

– Queen Diana – Besides Di’s tragic demise, Elizabeth II is still alive and kicking.
– Female president.
– Cubs winning the World Series.
– Those pizzas that grow in a machine – imagine the chemicals inside.
– A Pontiac dealership in the background.
– Flying cars – okay there are some, but they’re rare to come by.
– Fax machines and payphones being commonly used.
– The fashion (double ties, seriously?).
– Self-drying clothes.
– Pepsi Perfect.

But here’s some things that came somewhat true:

– Contactless payments and thumbprint scanning: Contactless credit and debit cards as well as apps like Android Pay, Google Pay and Apple Pay. In addition, thumbprint usage for security reasons, as demonstrated by various iPhones (starting with the 5S).

– Handless gaming consoles: Why yes then-unknown Elijah Wood, there do now exist handless gaming devices such as Microsoft Kinect for the Xbox One.

– Hollywood’s obsession with 3D and franchises: Sadly no Jaws 19 as of yet (or any sign Max Spielberg is looking to follow in his father’s footsteps) and we’re way off hologram movies.

– Self-lacing shoes: Nike actually invented a pair of these and presented them to star Michael J. Fox in 2015 as part of an experimental treatment for his Parkinson’s.

– TV conferencing: We now have this with Skype, FaceTime and the like.

– Asian domination of the market: However, in reality it is China rather than Japan as the film predicted.

– Use of Drone technology for filming.

– Tablet computers: see the guy who tried to pester Marty into donating to the fund to restore the clock tower.

– Large flat screen TVs where you can watch more than one channel.

So many things could be considered as accurate predictions of future in Steven Spielberg’s adaptation of the Philip K. Dick short story. Among them, we have:

– Aimed advertisement: Remember when Tom Cruise is evading police in a shopping mall, when some form of AI scans him and bombards him with advertisements based on his consumer history? Probably, given this is frequent each time you log into Amazon or view a video on YouTube.

– Touch-screen technology: Though not as advanced as that depicted in the movie, but 2054 is a while off.

– Predicting crime before it happens: Not through clairvoyant beings, but with organisations like NSA, Prism and even surveillance in the UK (looking at you Snooper’s Charter).

Of course, we can’t talk technology in film and television without bringing up the Star Trek franchise. Among the many items that ended up becoming part of our everyday lives include:

– Communicators: Tell me if some classic Nokia and Motorola mobile phones bare any resemblance to the classic, flip-up communicators seen in the classic series and the first six films in the movie franchise. But not as sophisticated as the ones we have today, which is why you’ll never see Captain Kirk trying his hand at the latest downloadable game, Spock updating his Twitter feed or Mister Sulu checking out Grindr (say it with me: “Oh my”). However, we have yet to see mobiles in the form of badges.

– Transparent aluminium: This substance from Star Trek IV: The Voyage Home does have a somewhat real-life counterpart in the form of aluminum oxynitride (ALON), whose bullet-resistant properties have been tested by the US Air Force for the windows and canopies of its aircraft.

– Hypospray: The fast-acting injections utilised by medical staff from ‘Bones’ McCoy to Julian Bashir have a counterpart based in reality (even predating the Hypospray) in the form of jet injectors. These items bare resemblance to paint guns and can be used in mass vaccinations as well as being considered safer and faster due to a lack of needles.

– Universal translator: There is a similar to device to the gadget that makes any language (alien or otherwise) understood in English. However, it only works with predetermined languages. The most universal example of Universal translator existing in real-life would be Google Translate.

– Telepresence: In 1966, the concept of chatting to someone via a screen in a far-away location seemed like the stuff of fantasy. Since then, we now have the advantage of this through programmes like Skype, ooVoo, FaceTime and the like. However, a true telepresence kit was designed by AT&T and Cisco in 2008, but it is way more advanced than that seen in Star Trek.

– Tricorder: Remember Mr Spock’s handy device to measure all kinds of environmental and biological aspects of a new alien world? Well it turns out you can easily find one of these at NASA in the form of the LOCAD (used on ISS to detect unwanted microorganisms), a handheld photoplethysmography device used by students at Loughborough University to monitor heart functions and a small device used by Harvard Medical School that works the same way as an MRI scanner.

– Speaking computers: Okay Google, can you confirm this has become a reality?

– Replicator: Who would have thought this Star Trek: The Next Generation device would come true in the form of 3D printers? I surely didn’t.

But sadly, we’re a little while away from deep space travel, sprawling space stations (not counting ISS) and beaming, which is a shame because the latter would have made commuting to work and various other places a heck of a lot more easier.

In the over fifty years Bond has been gracing our silver screens, we have seen the following technology and gadgets from the films become a reality:

– Thunderball: Remote controlled doors, though not hiding members of SPECTRE.

– You Only Live Twice: Gyroplanes are available, so you too can have your own Little Nellie.

– On Her Majesty’s Secret Service: Minox cameras, available online after years in only classified ads.

– For Your Eyes Only: Messages on wristwatches, hello Samsung and Apple watches.

– A View to a Kill: Polarised sunglasses, made possible by Oakley.

– Moonraker: The Space Shuttle programme, the ISS and the scientific experiments that would come, minus the casual misogyny and jarring comic relief.

Need some extra cash to afford all of this futuristic tech? Sell your mobile phone today and we’ll pay you the same day it arrives. Or, if you want a peek into the future of tech, buy Blu-rays at amazing prices , refurbished Phones and Tech (and with FREE delivery!) from the musicMagpie Store. Why wouldn’t you?