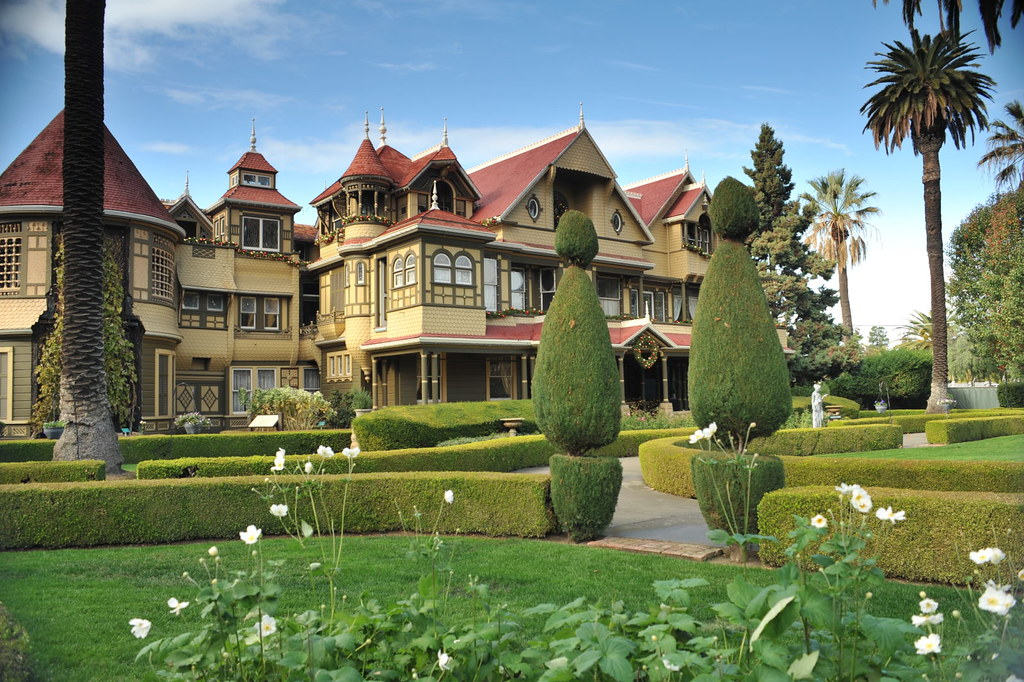 11 Horror Movie Film Locations You Can Visit in Real Life

It’s nearly Halloween, so we’ve got horror on the mind. The love it or hate it movie genre has come a long way over the years, thanks to gruesome CGI and gut-wrenching prosthetics that leave you with nightmares for weeks on end.

Set off on your very own horror movie pilgrimage and visit the set locations of your favourite horror films this Halloween. Just think – your distant dream of buying a Cornetto at the Londis in Shaun of the Dead can finally come true!

Whilst some of these locations are in the US – they might just tickle your curiosity! Our fantastic list of horror movies and their film locations pinpoint their exact location – saving you the Google Search:

The current owner, Angie Hill, was dead set on renovating the home due to many defects such as cracked walls and chipped paint. However she also “cleansed” the house with sage, stating there was an “oppressive odour” in the house and that it took her a long time to pucker up the courage to visit the basement!

You can visit the 1984 classic horror location in real life. It was used for the exterior shots for the house on “Elm Street”. The real house was actually built in 1919 and although you cannot go inside, the house is complete with a full guest house, pool and centre hall floor plan.

Located in San Jose, California, this is the residence of Sarah Winchester (portrayed by Helen Mirren in the film adaptation). Sarah was an heiress to the Winchester Repeating Arms Company after her husband died from pulmonary tuberculosis. The mansion is claimed to be haunted by fallen victims to the Winchester rifles and it was believed that Sarah instructed continuous construction of the house to appease the spirits.

The most amazing things about this house is no architect was hired to design it. Sarah simply hired carpenters to work day and night, adding rooms and peculiar features in an unsystematic manner. The house contains 161 rooms – of which 40 are bedrooms, two ballrooms, 47 fireplaces, two basements and three elevators.

The Shining was so iconic that visitors ask the Timberline Lodge if they can stay in room #217 or #237 (from the book and movie respectively). The hotel was used for exterior shots of the cult classic.

It was built between 1936 and 1937, and is believed by some visitors to be haunted by past climbers and skiers of Mt. Hood. The old section of the lodge is believed to have regular ghostly activity, which attracts tourists even more so. The lodge hosts the annual event every year around the end of May called  “The Overlook Film Festival” – a four-day festival honouring the best of horror in all mediums.

Oakley Court was built in 1859 to house the High Sheriff of Berkshire, Sir Richard Hall-Say. The court was well known for its Victorian Gothic architectural style has been used as a backdrop for many horror films, notably, The Rocky Horror Picture Show! It was filmed in 1975 and to this day remains one of the most iconic British films in history.

Located just 20 minutes away from London Heathrow, Oakley Court is known to Rocky Horror fans as Dr. Frank N. Furter’s castle. It has 118 bedrooms and is known to receive requests from guests to stay in one of the nine “mansion suites”, as they were used during filming.

If you’ve seen The Conjuring you’ll know that the Perron family and the Warren’s are very much real. The real “Conjuring House” is a 200-acre farmhouse located on Rhode Island. According to NME, the farmhouse is opening its doors to the public, but the exact date is yet to be confirmed.

The owners Cory and Jennifer Heinzen have had their fair share of ghostly experiences living in the property such as unexplained footsteps, doors opening by themselves and knocking. It’s an iconic imprint on paranormal history and a must-visit for fans.

Weston Park Grocery (a Londis) is located in Crouch End in Tottenham. It was featured a few times in the Simon Pegg classic “Shaun of the Dead”. It’s in this very shop that Shaun notices something wrong happening in the streets of London and spots the unsettling headline “Mutilated Remains”.

The shop is in situ and operates daily. Why not nip in for a Cornetto?

St Michael’s Mount is a small island off the south coast of Cornwall with only 12 families inhabiting it. You can only access the island through a causeway on low tide. It was used to film the exterior of Dracula’s castle in the 1979 film Dracula.

The name of the island comes from a legend that the Archangel Michael appeared to local island fisherman in 495. If religious landmarks and sightings tickle your imagination – it’s well worth the spooky visit if the tides are low.

The Woman in Black was originally a 1983 horror novel by Susan Hill. It was adapted in plays across the globe before becoming a film adaptation in 2012 with a storyline diverted away from the original book.

Osea’s causeway was the basis for “Nine Lives Causeway”, leading to Eel Marsh House in The Woman in Black. Osea Island is situated in the estuary of the River Blackwater – which is largely where the original horror novel was based. The manor house that sits on Osea Island was formerly a rehab clinic but is now a luxurious holiday destination.

This iconic supernatural horror, filmed in 1973,  is one that will go down in history. The movie follows a mother living in Georgetown whose 12-year old daughter becomes possessed. Doctors can’t provide an explanation so she turns to religion to exorcise the evil spirit.

The stairs are known for being shot in the final scene of the film and the staircase Father Karras falls down – putting an end to the possessive demon.

The stairs are incredibly steep and are sandwiched between a stone wall and a brick warehouse. It’s been reported to look creepy in person due to its narrowness and ivy-covered walls. It’s a must for fanatics, but the climb isn’t for the faint-hearted!

Damien, star of The Omen, plays the role of a child antichrist that kills anything in his path. If you ask us, Damien tops the list of most scary children in horror films. One of the films most iconic yet deeply disturbing scenes features Father Brennan get spiked through his body by a falling lighting rod.

The All Saints Church is known to be a highly atmospheric site thanks to its grand Victorian architecture. The church expects 3-4 Omen fan visits a day and sees it as a great opportunity for people to learn more about the church and Christian faith.

Both house and graveyard were used in the set of Pet Sematary – a Stephen King classic and film adaption of his original work (and also cameos in the film!). It’s a cult classic that follows a father who loses his son, and buys an old pet cemetery, not knowing it was Native American Sacred ground.

Despite the film’s name the real site is actually a regular human cemetery based in Bangor, Maine. You can tour the outside of the house at 303 Point Road in Hancock, Maine.