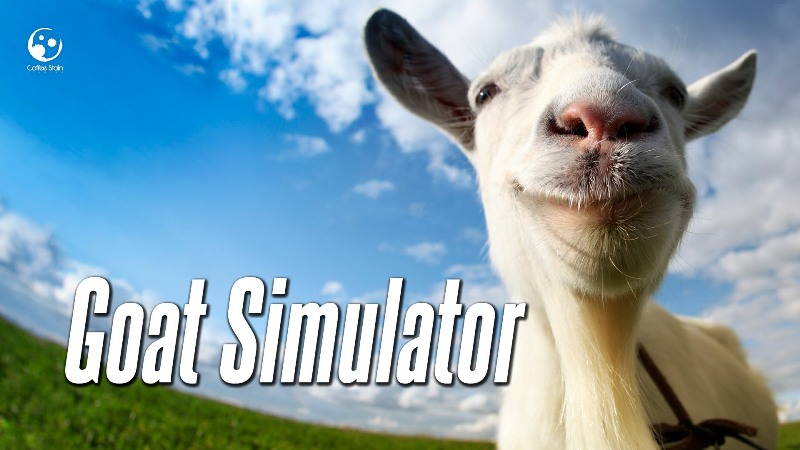 Have you played the weirdest games ever?

Video games are weird. A gold-obsessed blue hedgehog taking down a mad scientist, or a plumber fighting a dragon in order to save a princess – what’s that all about?

Some games, however, take weirdness to a whole new level. Here are our top 9 weirdest games ever.

Given that most video game heroes have more muscles than a seafood restaurant on delivery day, Michael Jackson isn’t the most obvious protagonist.

Then again, Moonwalker presents the kind of challenge Marcus Fenix from Gears of War would struggle to overcome; saving kidnapped children from the clutches of gangsters via the medium of dance.

Oh, and occasionally MJ will transform into a giant robot with laser eyes. Told you it was weird.

As the title suggests, Mister Mosquito casts you as a mosquito desperately trying to suck enough blood to last him through the winter. The only way to do this is to terrorise a poor family and hope that they don’t decide to swat you down like the annoying little bug you are.

It’s a weird enough concept on its own, yet Mister Mosquito takes an even weirder turn when it lets you attack half-naked ladies in the bath. Unsurprisingly, Mister Mosquito sold quite well – there’s obviously a lot of people out there desperate for the mosquito experience.

#7: Mario and Sonic at the Olympics

The world’s athletes have been replaced by a hedgehog, a fat plumber and their mates and yet, judging by the rammed stadiums in the game, literally no-one bats an eyelid. Seriously guys, there’s a CROCODILE DOING THE 110M HURDLES!

You own a public toilet and your goal is to get as many people to use your toilet as possible by investing cash in new seats and fancy toilet paper. However, your rival owners will send people to do all kinds of nasty stuff in your porcelain palace, although you can do the same back. Honestly, you’ve never experienced ‘weird’ until you’ve paid a virtual person to do something unspeakable in someone else’s toilet so you can make a few dollars.

Have you ever dreamed of being a goat, galavanting around fields and producing everyone’s least favourite kind of cheese? Then you’re in luck…kind of!

Goat Simulator puts you in the hooves of a rampant goat on a mission to destroy everything in his sight, although most of the fun comes from experiencing Goat Simulator’s ridiculous amount of bugs.

Of course, no-one was interested in a game about goats and the game barely sold any copie…oh no, hang on, it’s sold over 2.5 million copies. That’s more than Alien: Isolation!

I Am Bread, as the title suggests, casts you as floppy slice of bread who dreams of becoming toast. It makes Goat Simulator look like Newsnight by comparison.

It’s completely ridiculous, but there’s something weirdly addictive about trying to help your slice of medium white to his toasty doom, and something quite sad when you fail and he ends up in a battered soggy mess on the floor.

Octodad is the story of an octopus pretending to be a normal human being with a family. He wears a suit, poses for pictures and generally undertakes all of the boring stuff the average dad has to.

Your mission is to help Octodad maintain his cover and stop his family from figuring out that he’s actually an octopus…even though he has a big yellow face and tentacles where his mouth should be. It’s weird, but it’s pretty hilarious too.

Or, to give its full name, Samurai Zombie Nation. Oh yes, you’re a samurai and you get to kill loads of zombies. What could be possibly be cooler than killing zombies with a samurai sword?!

Quite a lot, according to the makers of Zombie Nation. Instead of playing as a zombie-slaying warrior, you play as a gigantic floating head that fires lasers from its eyes (it’s a samurai spirit, apparently). Your zombie enemies, meanwhile, fly planes and use sniper rifles. What were they on when they made this game?!

Sadly, this isn’t a simulation of the ponytailed ex-England goalkeeper’s day-to-day life. Instead, it’s about a nightmarish breed of fish with man faces. Please do not watch the above video if you’re about to go to bed.

Surprisingly, these abominations aren’t baddies. In fact, you have to look after them and breed them, like the world’s most terrifying Tamigotchi. Eventually, they turn into weird sarcastic frogmen who you can talk to using a microphone if you’re not too busy screaming in horror. We’d only recommend this game if you know a good therapist.

Have we missed your favourite weird game? Tell us all about it in the comments!

And if you fancy trying any of the surreal wonders in this post, trade in games and make a bit of cash to put towards them! Just click the button below!