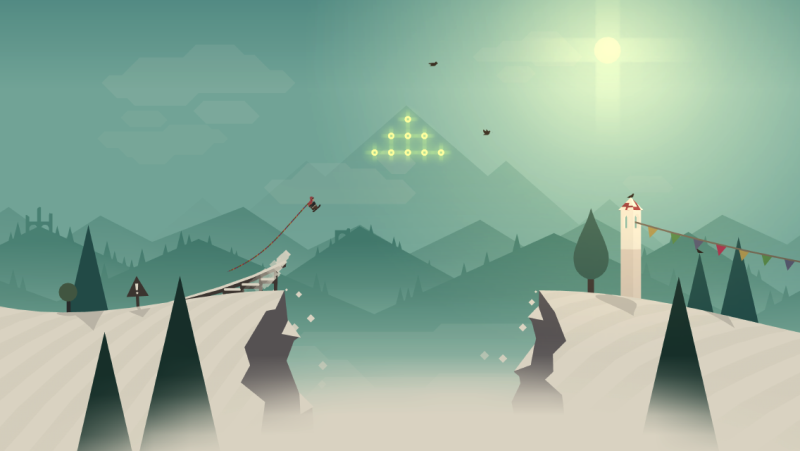 You’d be forgiven for thinking mobile gaming is all Clash of Clans and Angry Birds, but there’s actually a whole host of brilliant, innovative games ready and waiting for you to download and play (for a couple of quid, usually).

Here are 10 of the best iPhone and iPad games released this year so far.

This old school RPG, which is a port of the 2012 PC smash, sees you trying to escape from a monster and trap filled dungeon without getting eaten/crushed/stabbed by a big spike (delete as applicable).

Legend of Grimrock has a turn-based combat system with weapons and spells, so old school RPG fans will be right at home. There’s also an element of resource management as you have to make sure your fellow companions are well-fed and well-armed. It’s time-consuming but well worth it.

Legend of Grimrock on iOS

If you’re tired of shooting and stabbing bad guys, then Prune is an ideal alternative. The premise is simple: you have to grow a tree to its full height and help it bloom by trimming branches and helping it reaches sunlight. However, there are numerous hazards along the way.

It doesn’t sound like the most exciting of concepts, but Prune is one of the most original puzzle games we’ve played in years. If you loved Monument Valley, you’ll probably love this too.

You are a business man who has to battle wolves and frogs and bears. Don’t ask why.

The wonderfully weird The Executive is a touchscreen brawler where you have to learn the fighting styles of your opponents to overcome them. Between battles, you have to freerun and perform stunts to earn money, which can be reinvested in your business ventures (which, in a neat touch, earns you money even when you’re not playing).

It looks fantastic too, with some amazing comic-style visuals.

The Executive on iOS

Ryan North’s To Be or Not To Be

Hamlet is undoubtedly one of Shakespeare’s finest works but it’s a bit miserable, isn’t it?

To Be or Not To Be reimagines the Bard’s tragedy as a tragi-comedy, retelling the story as a Choose Your Own Adventure. Don’t worry, it’s still very respectful of the material; it’s just a bit sillier than normal.

You play as Hamlet, Ophelia and Hamlet Sr. (AKA the dead one) and replay the events of the play before branching off on different tangents entirely. You can even end up fighting malicious ghosts in the future.

Ryan North’s To Be or Not To Be on iOS

Implosion is a hack and slash action game in the style of Devil May Cry, with players taking on the role of a mech-suited human on a post-apocalyptic Earth. Your mission is to hit and shoot stuff with increasingly massive weaponry, racking up combos and super moves as you go along.

It’s not particularly original, but it’s great fun. It’s also a bit pricey, but it’s definitely worth it for what is basically a console quality game.

Endless runners are ten-a-penny on the App Store, but none are quite as artistic or stunning as Alto’s Adventure. The game is basically just snowboarding down a hill and doing the odd couple of tricks (although the trick system is very rewarding), but the atmosphere is so immersive and calming that you’ll probably never want to stop.

This War of Mine

A war game, but not as we know it. Rather than playing as a super-powered soldier, This War of Mine puts you in the shoes of regular survivors desperately scavenging for food and supplies while trying not to get killed by snipers or fellow survivors.

This War of Mine is about as bleak as mobile games come, but it’s extremely thought-provoking and provides an interesting take on the tired war genre.

This War of Mine on iOS

Although it looks like one of those terrible ‘full motion video’ games you used to get on the Sega Mega CD, Her Story is actually one of the most compelling games of the years.

You’re a detective who has to piece together evidence from footage of a woman’s police interview shortly after the disappearance of her husband. You don’t know her name or what questions are being asked, with the video clips your sole source of information. Unravelling the case is rewarding and intriguing, creating one of the best mobile experiences of the year.

Her Story on iOS

You Must Build A Boat

As the title suggests, the main aim of this game is to build a boat. Any boat will do at first, but you soon have to upgrade to take on tougher conditions, which mean adventuring for supplies.

YMBAB is the sequel to 1000000000 and boasts similar gameplay, with players having to match 3 symbols in a puzzle to attack, defend or unlock. Like 1000000000, it’s incredibly addictive too.

You Must Build A Boat on iOS

Imagine a non-boring version of chess with monsters and you’ve pretty much got Auro.

In this turn-based game, you have to defeat enemies on a ‘board’ to get to the end of the level. To kill an enemy, you have to knock them off the edge of the board. You can do this through a combination of attacks and spells, some of which you can combine to take out numerous enemies at once.

If that sounds daunting, don’t worry; Auro has an extensive tutorial that makes it easy for beginners to pick up.

Have you downloaded a brilliant iOS game recently? Share it with us in the comments.

And if you’d like to play any of the games above but don’t have an iPhone, why not trade in your phone and put the cash towards an upgrade? Just click the button below to get an instant price!