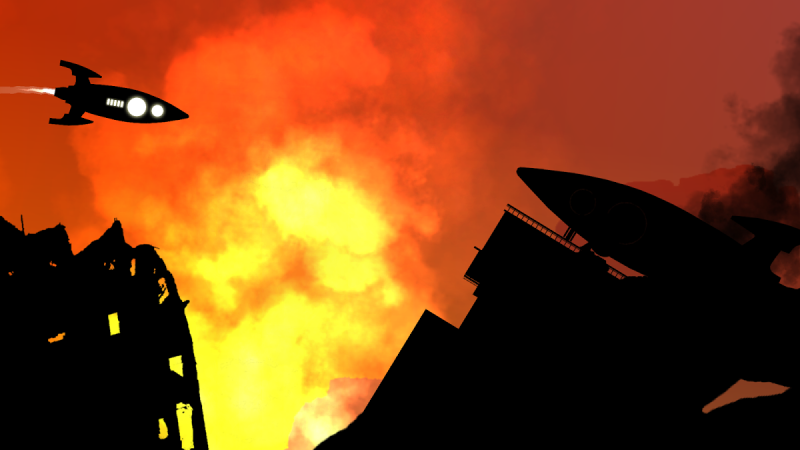 As we proved in our best of iOS post last week, there’s a lot more to mobile gaming than Game of War and Clash of Clans.

While Android doesn’t quite have the same level of brilliant games as iOS, there are still plenty of great titles to enjoy on the Play Store – some of which are completely free.

Here are our favourite Android games of 2015 so far!

Silly Sausage in Meat Land sees you guiding a sausage dog with the ability to stretch like Armstrong around mazes and hazards to reach the end of levels. It’s like a mix between Snake and Mario, if either of those games had an achievement for making the main character smell his own bum (yes, Silly Sausage really does reward you for that).

Silly Sausage is completely free, which is nice but also means there are in app purchases. Fortunately, these only apply when you want to save (if you don’t have enough in game gems) and you can choose to watch an ad video instead.

The creators of Adventures of Poco Eco describe it as a ‘relaxing, exploratory audio-visual experience’, which basically means it’s lovely to look at, has a nice soundtrack and isn’t too difficult.

The game sees you helping a chap named Poco Eco find lost sounds by solving puzzles. You control Poco by tapping on the screen to move him about; if you’ve played Monument Valley, you’ll know the drill.

While Poco Eco isn’t the most challenging of games, it’s fun and artistically satisfying too. A welcome change from the mobile norm.

As the title suggests, Wire Defuser asks you to defuse bombs without blowing them (and yourself) up. To do this, you have to tap and hold buttons, turn dials, adjust knobs and tap to fill meters in a certain order. It’s a bit like a high stakes version of Bop It.

Like real bomb defusing, Wire Defuser is difficult and occasionally stressful, with a lot of repeat attempts required. Luckily, there’s not as much risk of blowing yourself to smithereens in the process.

ZigZag is a simple but addictive puzzle game in which you have to navigate a ball around a treacherous winding path (with a drop to oblivion on either side).

You have to tap to turn the ball 90 degrees, which seems quite easy at first but requires incredible reflexes and patience as the difficulty ramps up. Luckily, ZigZag is pretty enough not to annoy you too much.

Escape is essentially Flappy Bird in Space, with players commanding a rocket ship flying through a collapsing environment. You have to save humans on the way, and you can also save at checkpoints which adds to the feeling of progression.

It’s pretty fantastic art-wise too, taking its cue from indie hits like LIMBO and Badlands.

Jump N’ Shoot Attack tasks you with saving the President from mutants by (you guessed it) jumping and shooting.

The game is an auto-runner in the style of Canabalt, although the shooting element gives it a Contra like feel too. Oh, and you get a jet pack in later levels too, which is pretty cool.

Football games are a bit hit and miss on mobile, either opting for realistic 3D action with awkward on-screen controls or pure arcade style fun that doesn’t really reflect the beautiful game.

At first glance, Tiki Taka Soccer seems to lean towards the latter. The gameplay is simple, with passes and tackles executed by tapping and shots taken by swiping. However, the game is surprisingly difficult to master and includes quite an in-depth career mode, which means hardcore football gamers should find something to enjoy too.

Vainglory has been one of the most popular games on iOS for a while, but it only made its way to Android this year.

If you’re not familiar, Vainglory is a MOBA game in which players from across the globe duke it out in a series of arenas. The core objective at the heart of Vainglory is destroying a crystal held by the enemy team while protecting your own.

While that sounds simple, it’s anything but. Like most MOBAs, Vainglory features a complex character building system with plenty of skills to choose from and balance. With 15 minute games (and possibly longer), this isn’t a great one for the bus either. Still, it’s free if you want to give it a go.

Share your favourite Android games with us in the comments!

If you’re planning to upgrade your Android device so you play better games, sell Android tablets and phones with musicMagpie. Just click below to get an instant price!

← You Won’t Believe These Epic Minecraft Creations
How to choose a laptop for school, college or uni →