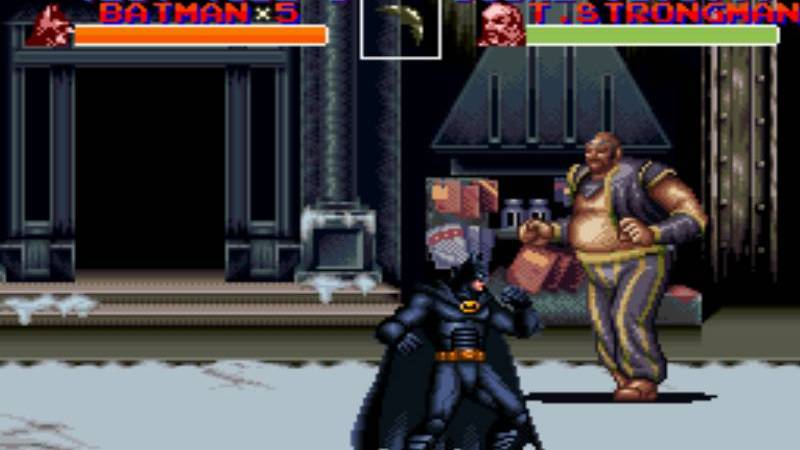 10 of the greatest superhero video games ever

With the long-awaited Batman vs. Superman out this week and Captain America: Civil War due next month, 2016 is going to be the year of the superhero (again).

While our favourite tights-wearing crime-fighters have dominated the big screen for years now, they’ve never had the same success with videogames. Most range from the average to the awful (we’re looking at you, Superman 64), although there are a select amazing few. Here are our favourites from over the years.

Everyone wants to be Batman, but no-one has the money, intellect or reckless abandon to actually be him in real life. Step forward, video games.

The plot is great too, with some of Batman’s best enemies cropping up for a spot of fisticuffs. The Scarecrow levels are a particular highlight.

If you’ve never heard of Viewtiful Joe, you’re not alone. It was first released on the Gamecube, which has an almost Dreamcast level of groundbreaking games that no-one played. Although it was actually released on PS2 a year later, so you don’t really have an excuse.

Anyway, Joe is a side-scrolling beat-em-up in which you can slow down time, speed it up and generally use your superpowers to pulverise baddies on your way to saving your girlfriend. It’s like Streets of Rage dragged into the 21st century and given a shot of adrenaline to the heart.

It’s also ridiculously hard, boasting some of the toughest bosses in any video game. Dark Souls is a picnic in comparison.

Lego makes everything better, including superheroes. This blocky take on the Avengers is similar to the Lego Star Wars games, with the same quirky humour and simple-but-enjoyable gameplay. There are loads of characters to choose from too.

It’s a bit silly but then again, a bunch of men and women running around in tight trousers and capes is a bit silly, isn’t it?

There was a simple formula for making superhero games back in the day: take Final Fight and chuck in a superhero as the main character.

Batman Returns is a game about punching baddies in the face and driving the Batmobile until the end credits. Crimes are investigated and solved purely through the power of your fists and the accelerator of your vehicle. There’s no subtlety here, and that’s why we love it.

Turtles in Time was released on the SNES way back in 1992 but still looks fantastic to this day. Like Batman Returns, the only real objective is to punch your way through time – including the Wild West and space – to retrieve the Statue of Liberty, which has been stolen by Krang.

The most groundbreaking innovation of all, however, was the ability to throw baddies at the screen. No matter how many times you do it, it never gets old.

X-Men lets you play as one of six X-Men, which is nice even though you’ll pick Wolverine every time. Your mission from them on is to beat seven bells out of everything in sight until you reach Magneto’s secret lair to administer another kicking.

In the past, you had to huddle six of your mates around an arcade screen until one of them inevitably got battered within the first 5 minutes. Fortunately, the 2010 Xbox and PS3 port let you play with other people online.

The name says it all: you are The Incredible Hulk and your job is to cause ULTIMATE DESTRUCTION.

Honestly, that’s about it. You get dropped into a city and you run around smashing stuff up. You can buy new moves, sneak into bases using a truck as a disguise and even wrestle jets, but the main objective is still the same: smash loads of stuff up. What more could you want from a Hulk game?

Before everyone and their dog knew the entire history of the Marvel universe, Ultimate Alliance was one of the few ways for non-comic readers to wise up on the convoluted mythology of Iron Man and co.

Ultimate Alliance is an action RPG in which you control a superhero and team up with other superheroes to fight baddies, collect loot and gain XP. It’s basically Diablo with more Wolverine, and is every bit as good as that sounds.

There have been 3 Punisher movies and they’ve mostly failed to capture the unique charm of the character. This game, however, captures him perfectly.

It’s a bit like Max Payne, with lots of shootouts and lots of fighting. You can also interrogate enemies, which is where things get extra Punisher-y with the ability to torture people with drills and sharks (yes, sharks).

It’s horribly violent but disturbingly fun. Thomas Jane does a great job as the voice of the Punisher too.

Imagine Grand Theft Auto with Spider-Man as the main character. You don’t have to! Spider-Man 2 is that game, giving the players to swing around Manhattan as they play. You can stop to beat up some baddies and stop Doctor Octopus blowing up New York if you want, but it’s not quite as fun as flying about like a crazed acrobat in a silly costume.

What is your favourite superhero game of all time?

If games are cluttering up your Batcave, sell them with musicMagpie! Just get an instant price, send them for FREE and we’ll pay the same day they arrive. Click below to get started.