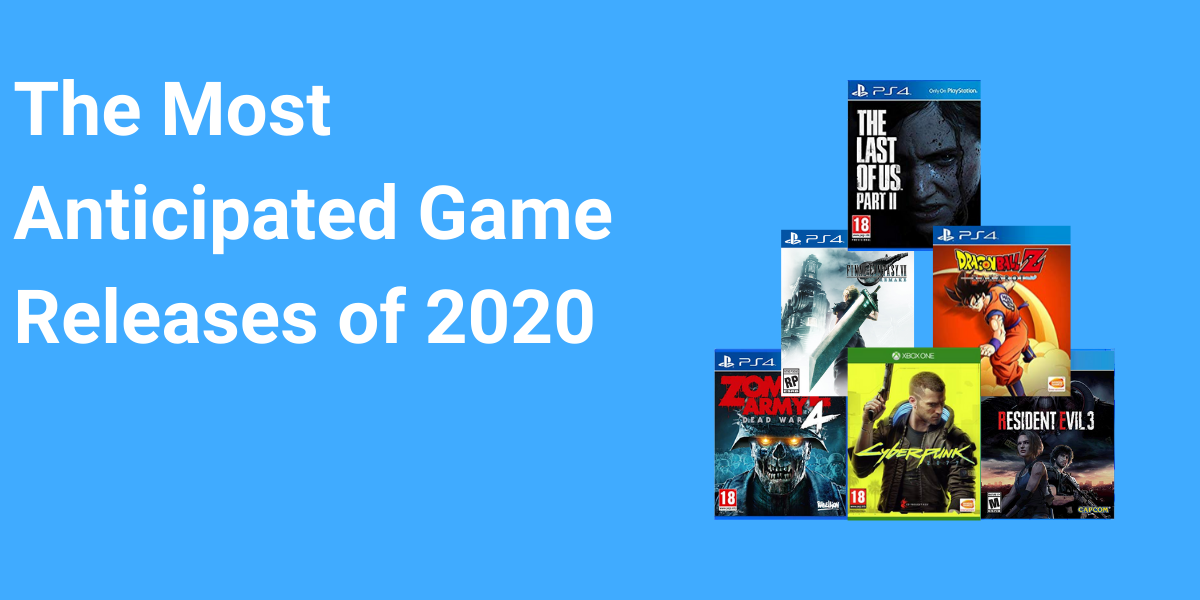 The Most Anticipated Game Releases of 2020

2020 is going to be a fantastic year for the gaming world. From console releases to remasters of iconic franchises, you’re bound to be in for a treat.

Wondering what’s out this year? Keep this post in your bookmarks. Some titles are still in TBC state, but we’ll be updating game release dates throughout the year to keep you in the loop.

Here are our most anticipated game releases of the year:

Most anticipated: The Walking Dead: Saints and Sinners

Kicking off our new and upcoming video games list is The Walking Dead: Saints and Sinners. The game’s outcome and story are depicted by you, the player. This VR video game is like no other and throws you into tough, gut-wrenching situations. Will you become a saint or a sinner?

2020 sure seems to be the year for Zombie games. Zombie Army returns with its fourth installment but this time, with a Nazi-based twist. The Führer and his hordes are back to rampage Europe, which now lies in ruins.

Unlock masses of upgrades, fight your way through a variety of enemies battle tough bosses in multiplayer mode and solve mind-boggling puzzles for that extra layer of zombie gaming satisfaction.

This Final Fantasy classic has generated tons of hype- and rightfully so. This fully reworked version of a truly iconic game is already wowing superfans with their favourite characters appearing life-like in their stunning trailer.

The remake is set to capture the beauty and essence of the original 1997 role-playing game. With the length of the game in mind (not to mention the immense work that has gone into the remake), FFVII will be released in parts, with the first installment taking place in Midgar and the rest to follow in due course.

Got the original? Sell Final Fantasy VII games with musicMagpie for the best price!

Our favourite S.T.A.R.S officer Jill Valentine is back to fighting her way through a T-Virus infected environment. But this time, it’s more gruesome and terrifying than ever thanks to the gory and revamped Nemesis monster.

Following the successful release of the Resident Evil 2 remake, RE3 is set to wow audiences with disturbing encounters of truly terrifying mutants. The new release is rumoured to have a multiplayer mode known as Project Resistance which allows a 1 vs 4 scenario where “survivors” must navigate through whilst avoiding a deadly fate.

Got the original? Sell Resident Evil 3 with musicMagpie for the best price!

Most anticipated: The Last of us Part 2

It’s only been seven years since the first game hit the markets. No biggie, right? WRONG! The Last of Us isn’t like any other zombie game. With a truly unique and touching storyline, The Last of Us 2 will expand on Ellie’s life five years after the events of the first game. Play as both Ellie and Joel, and seek vengeance on the Seraphites!

Want to sell the prequel? Sell The Last of Us with musicMagpie for the best price!

More game releases in May