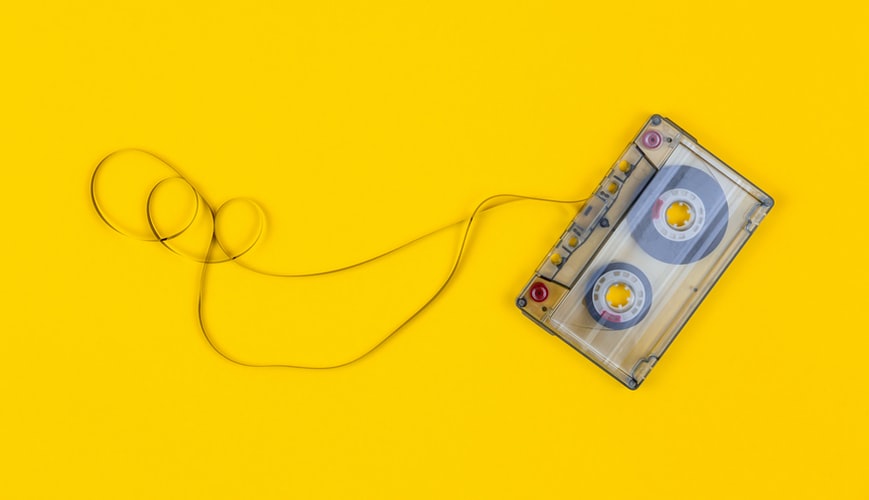 Emerging from the previous decade of punk-based sounds, the 80s was a time for experimentation, and in turn became one of the most iconic decades in the world of music.

So whilst the 80s might remind you of crazy colourful outfits, perms, shoulder pads, and generally outrageous hairdos – it’s actually a decade that propelled rap, jazz, pop, folk, electronica, rock and so much more.

As decided by the folks over at Magpie HQ  – here are our 10 best albums of the 80s (in no particular order). Let us know if there’s anything else you’d include on this list!

Whitney Houston’s debut album stunned audiences worldwide. The former model-turned-singer was known for her soulful/RnB fusions and her vocal artistry, to this day, is incomparable. Whitney Houston’s Whitney Houston was one of the best selling albums of the 80s for this reason, hands down.

This 10-song collection was recorded with Clive Davis of Arista Records. In fact, the song How Will I Know features the same songwriters George Merill and Shannon Rbicam as one of her most popular songs I Wanna Dance With Somebody!

So hey…Why not get your hands on a cheap Whitney Houston CD whilst you’re here?

Known as one of the best punk albums of the 80s. Guns ‘N’ Roses was formed in 1985 and were the progenitors of hard metal. Appetite For Destruction was their debut album which features well known classics like Welcome to the Jungle and Paradise City. Whilst its punk metal themes contrasted the colourful era of the 80s, the album doesn’t shy away from Southern Cali influences, shown in the track Sweet Child O’ Mine.

Madonna AKA The Queen of Pop debuted her album Like A Virgin which eventually became one of the best selling albums of 80s in the UK in September of 1985. One of her tracks of the same name received critical acclaim (and controversy, for obvious reasons), but we love it all the same. The album is a fantastic choice if you want a mixture of ballads and fun retro classics.

Purple Rain – Prince and The Revolution

Known for its bassless and funky track When Doves Cry, Purple Rain was one of the most iconic albums Prince ever produced and peaked at number 6 in the UK charts.

Pairing up with The Revolution – the album became an important part of Rock history. Let’s Go Crazy kicks off the album which already makes you want to get up and sing with bouncy vibes. But the whole album is a rollercoaster of emotions, filled with ballads, funk and a good time!

One of the most influential Hip Hop bands, Run-D.M.C’s album Raising Hell was one of the first platinum and multi-platinum awarded albums in the history of Hip Hop. In fact, their fusion of Rock and Hip-Hop gained a lot of traction and made it one of the best rock albums of the 80s

You may have heard some of their most iconic tracks like It’s Tricky and Walk This Way (basically one of the first rap-rock fusions to exist). Why not relive these classics by shopping preowned hip hop CDs on the musicMagpie store?

The second and final studio album Closer peaked at number 6 in the UK charts and is viewed highly as one of the best punk albums of the 80s – particularly post-punk.

You’ll definitely find tracks to have a groove to, but overall, this album has some dark undertones. If you want to appreciate one of the masterpieces of the post-punk genre, then investing in this album wouldn’t be a bad idea. Get a second hand Joy Division CD from the musicMagpie Store!

One of Kate Bush’s most successful albums, Hounds Of Love, was her fifth installment and got her way more international recognition – particularly in the US. It reached number 18 in the UK charts and was known for changing the way people view and listen to Kate Bush and her music. The song itself Hounds of Love is all about being afraid of falling in love, but features other iconic tracks like The Big Sky and Cloudbusting.

Hounds of Love is considered to be one of the greatest albums of all time. Why not get your hands on a preowned Kate Bush album for less and have an iconic CD to treasure?

If you’re a fan of Stevie Wonder – then you’ll love Lionel Ritchie. Can’t Slow Down is his second solo studio album that went down a treat upon release. It took a whopping 50 people to produce and is one of the best R&B albums of the 80s.

Featuring classics like All Night Long and Love Will Find A Way. Five of his singles were released from the album – two of which hit No.1 in the Billboard Hot 100!

Master of Puppets was Metallica’s third studio album. In 2015, it became the first ever metal album to be selected by the Library of Congress to sit in the National Recording Registry, due to being “Culturally, historically and aesthetically significant”. In fact, despite peaking at 41 in the UK, it’s one of the many albums they’re known for because it’s truly a masterpiece.

If you fancy listening to something on the heavier side – we stock preowned Metallica CDs on the musicMagpie Store for less!

Synchronicity was the fifth and final studio album by this iconic English rock band. With classics like Every Breath You Take and Wrapped Around Your Finger – you can’t not feel nostalgic listening to these masterpieces.

The album won three awards at the Grammys in 1984 and at the time, according to many major news outlets, were crowned as one of the biggest bands in the world. It’s no wonder they made it in our best albums of the 80s list!

Buy The Police music cheap on the musicMagpie Store!

Want any of these albums? Shop second hand CDs on the musicMagpie Store. Plus, you can also trade in old CDs if you want to make room for these classics!

View all post by Christina Attrah.
← Bands that have survived their hiatus
The Best Albums Of The 90s →